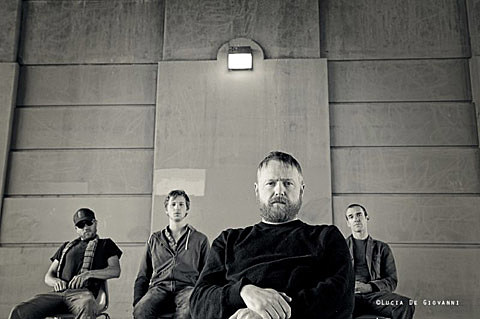 Underground hip hop crew Sole & The Skyrider Band have but a few short hours before they welcome Hello Cruel World. Sole's first release since his split with Anticon (which he helped found), Hello Cruel World features guest shouts from Lil B and Pictureplane (who is on tour now), Sage Francis, and even Xiu Xiu on the new track "Napolean" which makes its MP3 premiere in this post. Download above. Stream it, along with the Lil B/Pictureplane track below.

Sole accompanied the release of the LP with a free mixtape which is available now. Nuclear Winter Volume 2: Death Panel follows the path of its predecessor by seing Tim Holland drop rhymes over modern day beats from Dipset, Clipse, Lil Wayne, and even Salem, James Blake, and Katy Perry. Download that for free above.

Look for Sole on the road in the West Coast in the coming month. All dates, as well as streams of both new songs and the cover art and full LP tracklist, below. 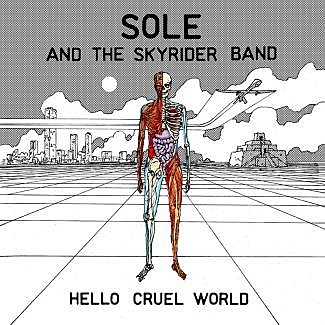