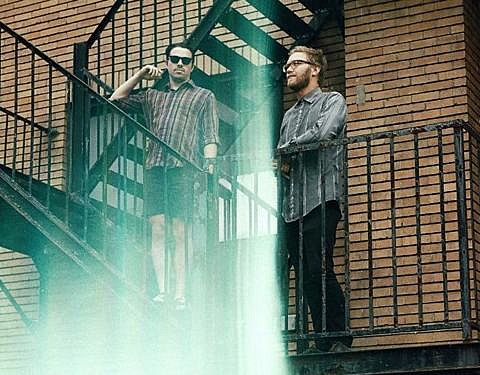 Montreal band Solids released their debut LP, Blame Confusion, last month in Canada. (You can stream it below.) For those looking to physical procure a copy in America, the duo just announced that they've signed with Fat Possum who will release the record stateside on February 8.

Folks in the Northeast can see them live this week on their tour with Native. That tour hits NYC on Wednesday (11/13) at Saint Vitus with locals Bennio Qwerty playing as well. Tickets are still available.

Next week the band will be back in Montreal where they'll be part of the 2013 M for Montreal. Specifically they'll be playing Cabaret Underworld on November 22 with Duchess Says and We Are Wolves, a show that BrooklynVegan is presenting with CMJ. If you're in Montreal that night, do come! Tickets are still available.

All tour dates are listed, along with the steams, below...