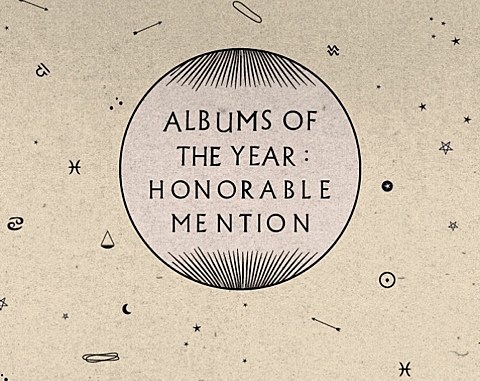 Pitchfork just posted their Honorable Mention Albums of 2013, which they say is "not #51 through #70 in our albums poll, but rather, records we thought were exceptional this year and deserved to be highlighted regardless of where they wound up." It includes a number of albums that did get Best New Music throughout the year (like the Burial EP that got a 9.0 last week), a certain inescapable young New Zealand pop star (who just announced two Roseland Ballroom shows), some metal representation, a couple indie legends, and the raw noise punk demo of Perfect Pussy, who also made Pitchfork's Top 100 Tracks.

Check out the full list in alphabetical order below...