DOWNLOAD: Jens Lekman - The Opposite Of Hallelujah (MP3)
DOWNLOAD: The Soundtrack of Our Lives - Still get around (MP3) 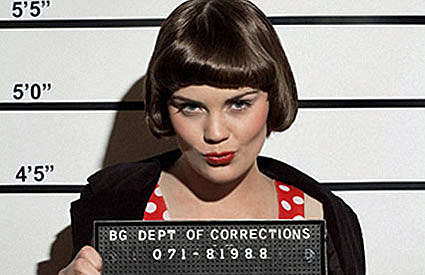 Ida Maria (SWE)
From Norway, operating out of Stockholm and currently making inroads in the UK - an international success waiting to happen. The thing that is winning 'em over? A fearless, unpredictable live show. The songs could be better, but I would not hesitate to see her get on stage and wreck shit.

Graveyard (SWE)
Heavy bluesy rock that sounds as if they just stepped out of a time warp to the 70s. Hardly original, but that hardly matters and, since I consider Ozzy-era Black Sabbath the be the best band there ever was, I'm all about it. Bonus points for a refreshing lack of poseur/beardo taint ala The Sword.

Jens Lekman (SWE)
Far better live than on record in my oh-so-humble opinion, as his musicianship is not only improved in a live scenario, he's also an incredibly charming individual. Even still, I'd go see him play just to check out backing musician Viktor Sjöberg's dance moves.

Jens Lekman - You are the light

Lykke Li (SWE)
Does she live up to the hype? Does anyone ever? I like Lykke Li just fine, really I do, but unless you're the kind of d-bag who needs to see her at SXSW for bragging rights, I'd wait for the upcoming tour with fellow Swedes El Perro Del Mar and Anna Ternheim instead.

The LK (SWE)
The dark horse! One of more interesting, underrated acts on this list. Def worth investigating.

Peter Morén (SWE)
I've been a fan of Peter Bjorn and John ever since the first album and I see no reason to stop now. Keep an eye on his collaborator Tobias Fröberg as well.

editor's note: Peter and Lykke Li are both playing the BV day party this Thursday (serious bragging rights for those who attend)

Robyn (SWE)
Robyn is a superstar, America just doesn't know it yet. Believe it!

Sabaton (SWE)
I do love me some good power-metal from time to time. Helloween, Manowar, heck even some Iced Earth; all totally fine. However, when done poorly, it can be pretty damn wretched. Unfortunately, that's more of the direction Sabaton leans.

Shout Out Louds (SWE)
Hooray for the new MOR!

The Soundtrack of Our Lives (SWE)
Aside from maybe The Hellacopters, TSOOL would have to be one of the finest, balls-out rock'n'roll acts I've ever had the pleasure of seeing. They haven't played the US in ages, so I wouldn't miss 'em.

The Soundtrack Of Our Lives - Bigtime

Tiger Lou (SWE)
I love this band so much that I put out a vinyl 7" for them back in ought-six. Need I say more? Another band that's better live than on record, too.

The Tough Alliance (SWE)
Spectacle or debacle? Their lip-sync antics might play well at home or even in London, but will they translate to Austin? This could go either way, depending on the audience.