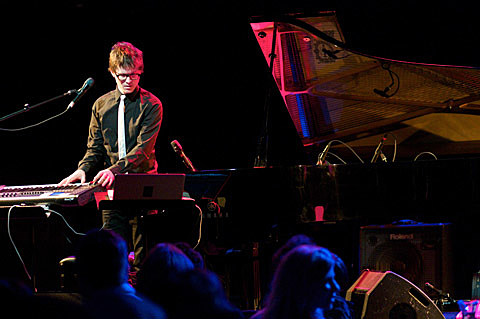 Last summer at the Williamsburg waterfront, WHY?'s Yoni Wolf won me over with his over-the-top dance moves and compelling delivery, but I was curious to see him perform stripped down versions of songs in the swanky setting of Le Poisson Rouge on Friday night. First up, however, was Son Lux.

Following a week of listening to nothing but Son Lux's new album on repeat (thanks to NPR's First Listen series), I was thrilled to have the chance to see the material come to life so quickly. As part of The Wire magazine's annual RPM Challenge, Son Lux's Ryan Lott wrote and recorded the entirety of We Are Rising in just a single month (and the shortest one of the year at that), and the result is stunning. But he didn't stop there. As if all that wasn't strenuous enough, Lott quietly revealed that he would be performing even newer arrangements of the material.

With the help of Johnny Rodgers on guitar, Lott enthusiastically presented his songs with a grin on his face that seemed to reveal that he still couldn't quite believe that he had pulled off the challenge. With layers of synth riffs and hip-hop beats heavy in the mix, some of the new arrangements were a bit messy, but the sparse majesty of We Are Rising still shone through, and Lott's vocals were spot on. Stripped of Rodger's accompaniment, Lott concluded his all-too-brief set with the ballad "Stay" from his debut album. 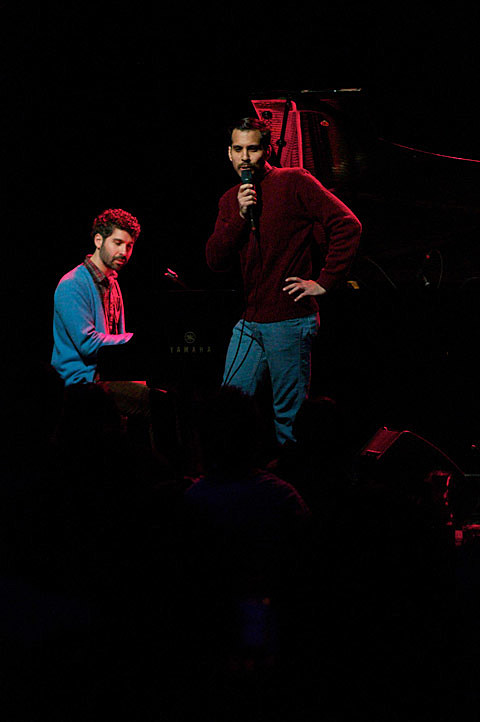 Following Son Lux's graceful set and more... conventional lyrics, Yoni Wolf's performance felt like quite a change of pace. (In his first song alone, Yoni referenced sex, titties, weed, and thugs). But as it turns out, sharing the bill isn't too much of a stretch for the two artists. As they each revealed over the course of their sets, Son Lux and WHY? toured Europe together a few years ago. (Their opinions of the experience, however, often contradicted humorously. To Wolf's consternation, Lott somehow had time to make pit stops at Greek ruins and the Eiffel Tower despite the long drives between gigs.)

Compared to last summer's show, Yoni's performance on Friday night may have been more restrained, but thanks to the unending stream of clever and provocative lyrics, it was no less irreverent and engrossing. This time, instead of egging on the crowd with his dance moves, Yoni spent the majority of the set seated behind a gorgeous piano, accompanied by just his younger brother Josiah (who also plays with WHY?) on guitar and backing vocals.

A showman at heart, Yoni has a natural ability to engage and entertain the audience with his free-flowing banter. Upon confessing that he'd love to move to New York if it didn't cost "a million" dollars, someone in the crowd suggested he move to Bushwick. "Bushwick?!" he exclaimed, his voice shrill with mock incredulity. "Is he trying to get me killed? Is he trying to get me murdered?!"

Whether rap is your thing or not, Yoni's madcap talent is readily apparent. The prolific artist pulled a Bradford Cox and wrote nineteen demos while staying at his parent's home this past winter, many of which he played on Friday night, in addition to a handful of older WHY? songs and a couple of covers (The Smiths' "Half a Person" and The Cure's "Close to Me").

Le Poisson Rouge may have been an odd setting for Wolf, but he had a good time with it, For one song Josiah jumped behind the keys which freed up his brother to exaggeratedly assume the pose of a lounge singer by leaning against the piano and serenading the crowd. The Wolf brothers concluded the evening with a three-song encore, ending with "One Rose."

More pictures from the show, below... 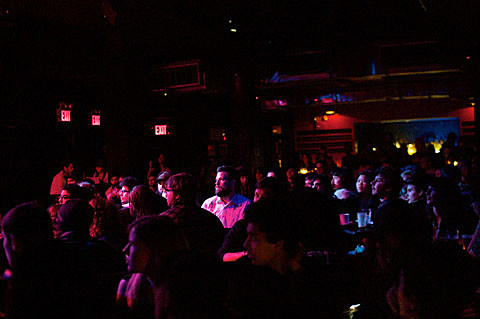 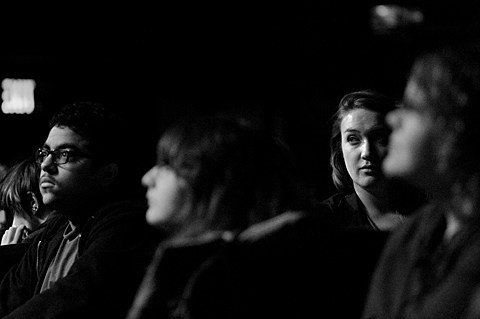 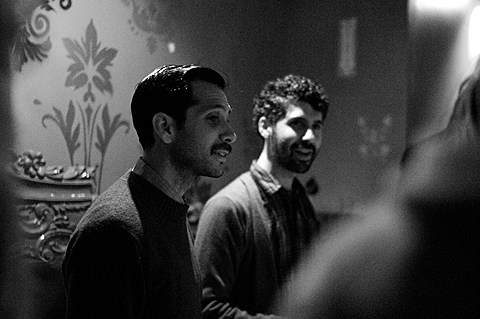 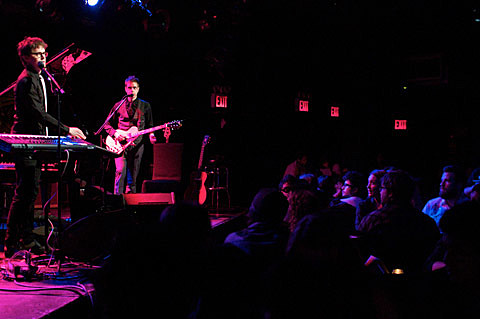 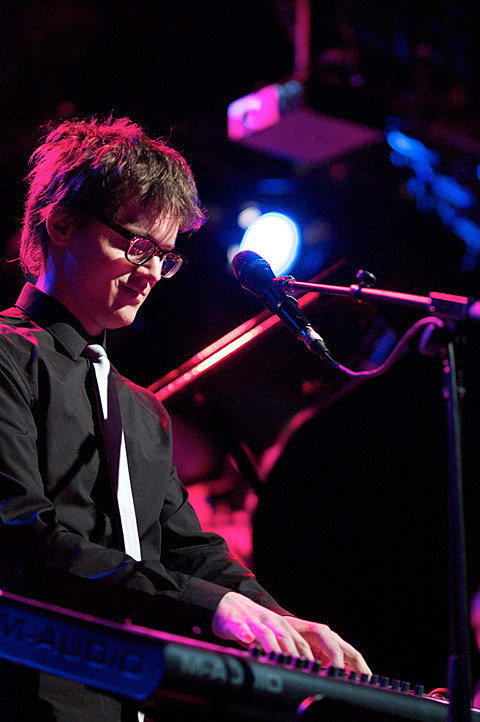 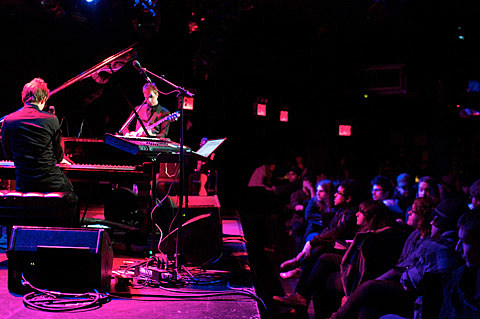 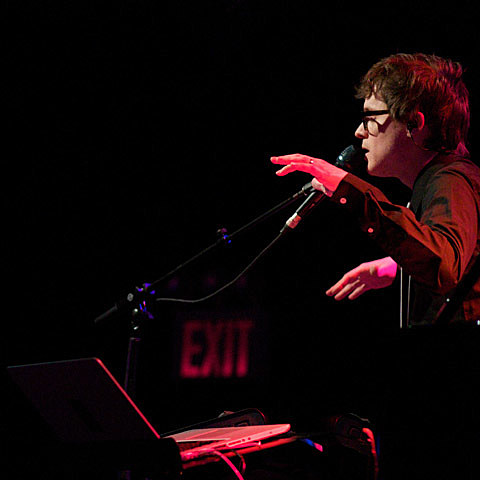 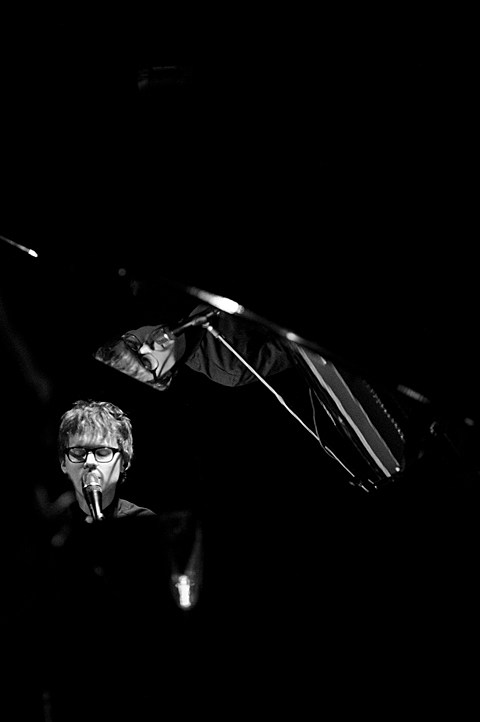 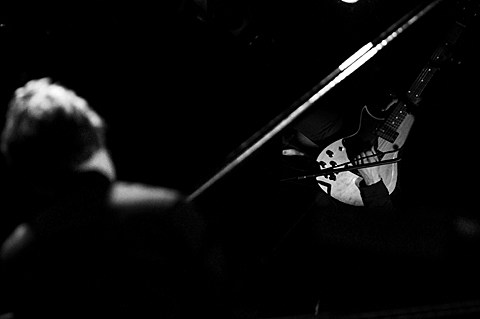 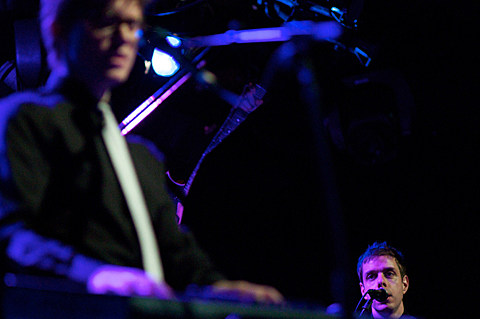 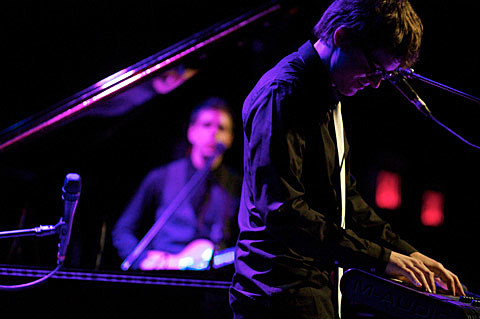 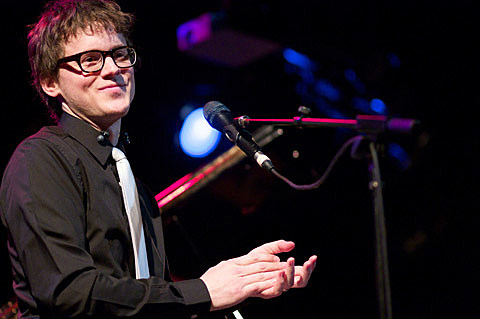 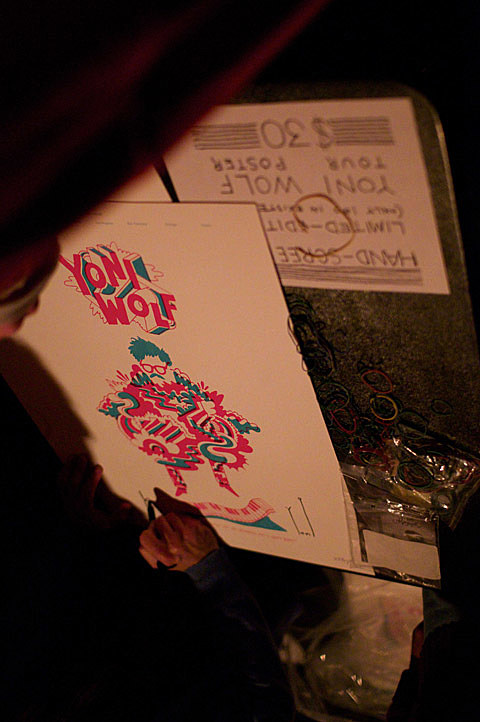 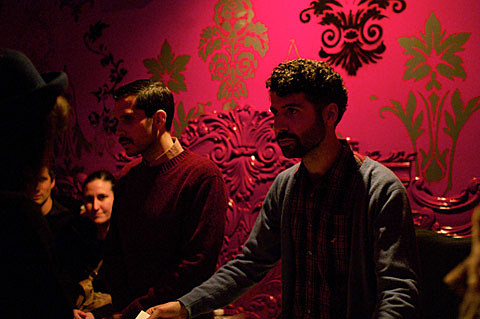 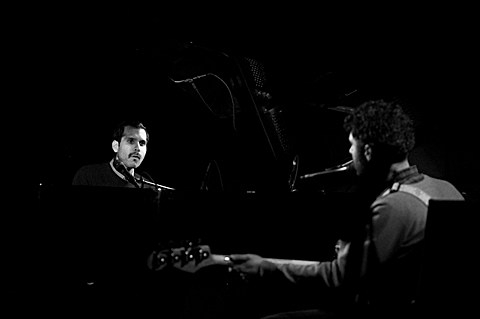 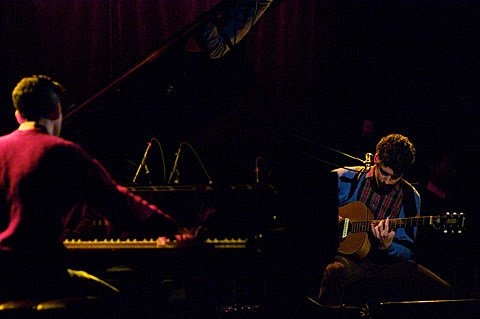 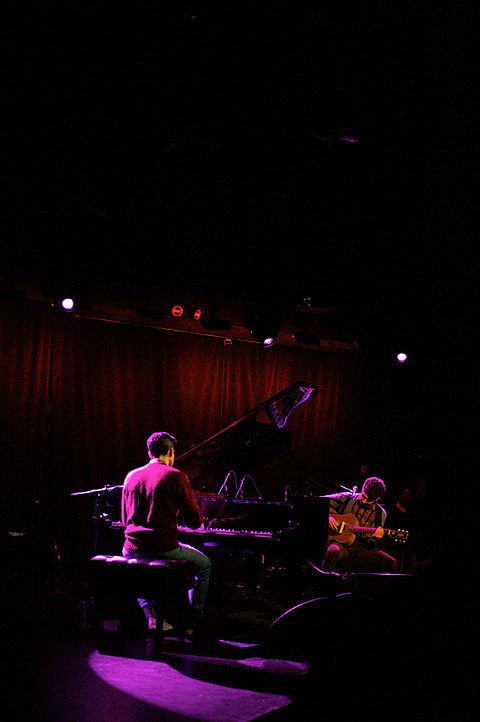 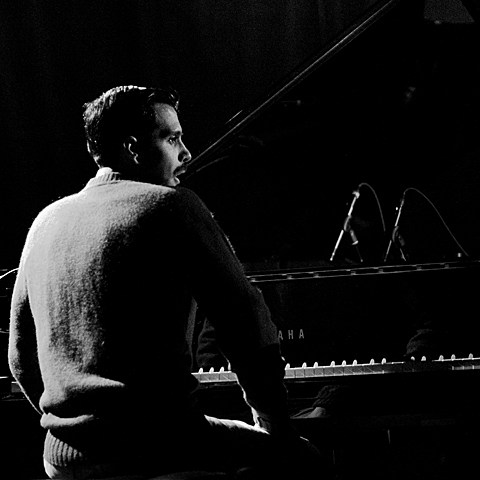 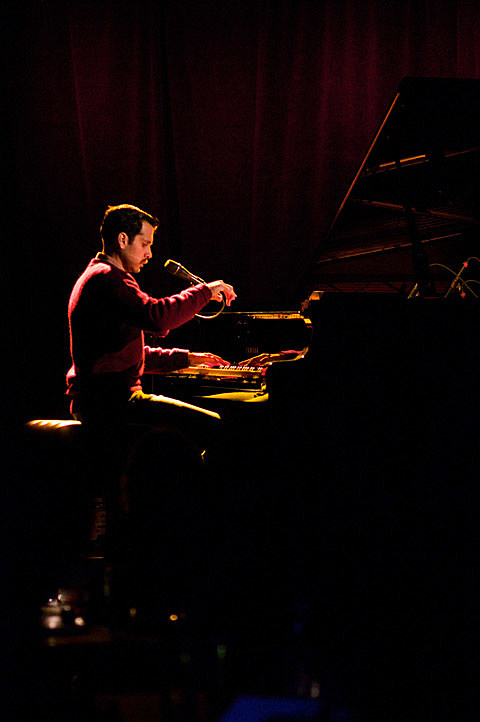 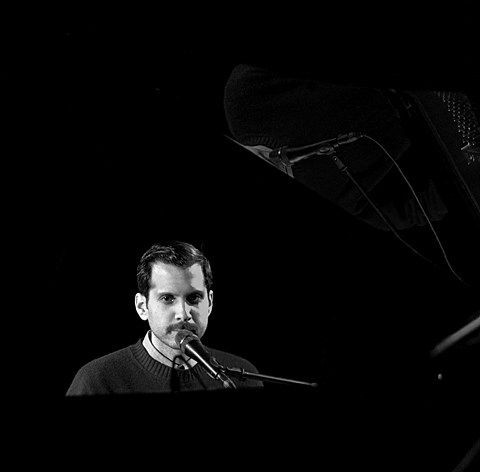 Filed Under: Amanda Hatfield, Son Lux, Why?, Yoni Wolf
Categories: Music News, Photo Galleries
Comments
Leave A Comment
Son Lux share Moses Sumney collab from ‘Everything Everywhere All At Once,’ touring
Our favorite songs of the week (playlist)
Listen to Mitski & David Byrne’s duet “This Is a Life” from ‘Everywhere All at Once’ soundtrack
Mitski, David Byrne, Andre 3000 & more feature on Son Lux’s ‘Everything Everywhere All At Once’ score
Lala Lala announces new album & tour dates, shares “DIVER”
32 New Songs Out Today