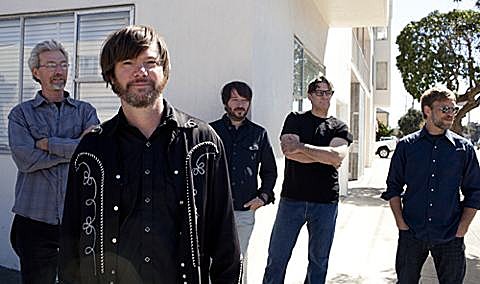 As just mentioned, The Northside Festival will return for a fifth year, taking over Williamsburg and Greenpoint clubs from June 13 - 16. While no initial line-up has been announced yet, shows are popping up like the Iceage show at Music Hall of Williamsburg we just wrote about. Another is Jay Farrar's Son Volt which happens at MHOW on June 15. While here the band will also play the day before (6/14) at Bowery Ballroom. Tickets to both shows go on sale Friday (2/22) at noon. Those shows are part of a full tour and all dates are listed below.

Son Volt, who have been kicking 18 years now after the dissolution of Uncle Tupelo, will release Honky Tonk on March 5 via Rounder Records. The album was inspired by the classic country subgenre. Says Farrar, "Honky tonk music is about heartache, heartbreak, the road. I wanted these songs to sound more contemporary and modern. There was no strict adherence to methodology of the past. You never want to be a nostalgia act." You can stream "Hearts and Minds" from the new album below.