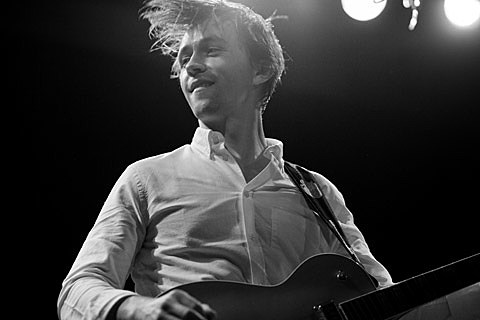 Sondre Lerche spends most of his time in Brooklyn these days but was back in Norway last month where he appeared on talk show Trygdekontoret, performing a solo acoustic cover of Big Star's "Thirteen" (a popular choice recently). You can watch that below.

All dates are listed, along with the "Thirteen" video and a Rdio stream of Sondre's 2014 album Please, below...