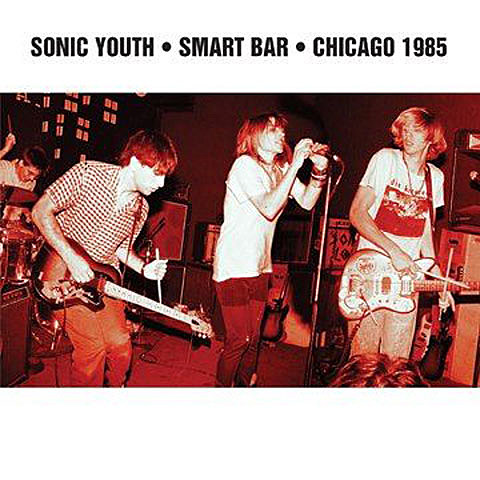 Sonic Youth promised us some "news" at noon today, and that news is...

In August 1985 Sonic Youth were touring across the states following the release of their recently released LP 'Bad Moon Rising'. This performance from August 11, 1985 at Chicago's Smart Bar was recorded on 4-track cassette. This live recording consists of much of Bad Moon Rising and early performances of Secret Girl + Expressway to Yr Skull later to be released on EVOL, as well as a rare never before released live rendition of Kat 'N' Hat.

Mixed and mastered by the band from the original tape source for this double LP edition w/ download card (or CD or digital edition) along w/ liner notes by Gerard Cosloy and Sonic Youth engineer Aaron Mullan and photos by Pat Blashill and Steven Koress and released by Sonic Youth on their own label Goofin' Records and distributed via Revolver USA.