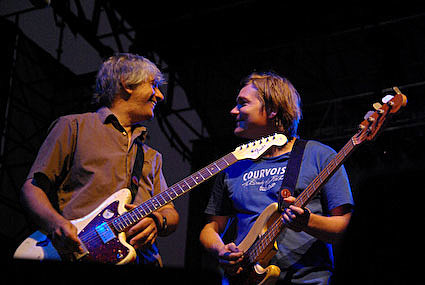 "After rampant speculation, Matador Records can confirm the label will be releasing a new studio album from Sonic Youth sometime in 2009. Having fulfilled their contractual obligations to the Universal Music Group, Sonic Youth recently reached an agreement with Matador to release the band's 16th album of new material in all worldwide territories, save for Japan.

While Sonic Youth's status as one of the more innovative and influential bands of the past 30 years needs little explanation, the group's most recent recordings for Geffen --- 2006's 'Rather Ripped' being their final for the label --- rank amongst the current decade's best. For Matador, the opportunity to work in partnership with a group who've made such an profound impact on our roster/hometown/collective consciousness was one to jump at. Kim Gordon, Thurston Moore, Lee Ranaldo and Steve Shelley will commence recording the new Sonic Youth LP/CD this autumn and we look forward to sharing further details in the very near future."