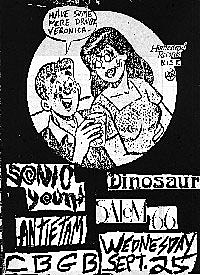 Sonic Youth's Rather Ripped comes out Tuesday June 13, 2006.
STREAM IT AT AOL MUSIC.

"Sonic Youth are the best band in the universe, and if you can't get behind that, that's your problem. They haven't made a bad album since Kim Gordon, Thurston Moore, and Lee Ranaldo found perfect drummer Steve Shelley in 1985, and (forget Radiohead, forget Wilco) have released more good ones in the past decade than anyone in rock except—this is funny—Neil Young." [Robert Christgau - Village Voice] 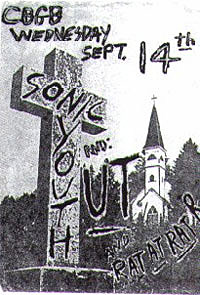 "Everyone has a different idea of what Sonic Youth's best record is because none are in any way perfect; they all contain various failures. But 'Rather Ripped' has a different level of authoritative power. It is a fully legitimate, clear and strong rock 'n' roll record in the band's own style. And it may really be the best one, though one fears that saying it out loud means the band's work is done." [NY Times] 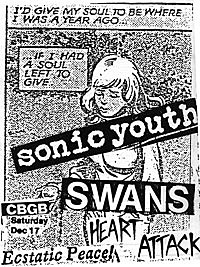 "When Murray Street came out in 2002, non-old Amy Phillips notoriously asserted in this very newspaper that since Sonic Youth hadn't made a good album since (1995's) Washing Machine, they should break up already. Who's to say her opinion isn't worth as much as mine? Me? Well, yeah. One concept the non-old have trouble getting their minds around is the difference between taste and judgment." [Robert Christgau - Village Voice] 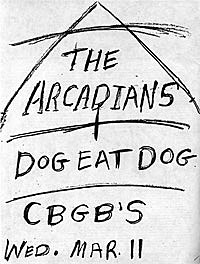 "Sonic Youth needn't bother impressing folks at this point. That history can also work against them, but it's boring to parade out each classic and see how Rather Ripped stacks up to it. So, hey, let's just say it's great to hear Kim, Lee, Steve, and Thurston making an album that sounds beautifully invigorated and goes down smoothly."
[NOT Amy Phillips - Pitchfork (7.5)]

"Thurston Moore: This is a beautiful view. Actually, I used to walk along this. Back then, we used to have so much fun walking around New York. I used to see Tom (Verlaine) shopping for magazines at magazine vendors on the street and I would follow him around to see what he was buying. He would always flick, but never buy. I was curious what this guy was buying because maybe it would lead me to some kind of communication." [Harp Magazine]