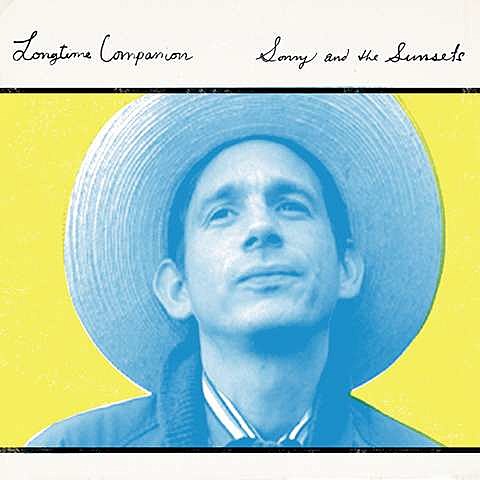 Sonny & the Sunsets are back with a new album, Longtime Companion, which will be their first for Polyvinyl. It's a breakup record, written and recorded during the dissolution of his relationship with his girlfriend of 10 years. Appropriately, it's also a country record (well, country-ish), augmenting the Sunsets with members of his other band, The Fuckaroos. (Is that a Dreamcatcher reference?) Despite the circumstances, Smith embues the songs with pathos and a wry sense of humor. (All his records are a little sad anyway.) You can download "I See the Void" at the top of this post and stream another LP track below. Longtime Companion is out June 26 but if you pre-order via Polyvinyl's website you get the MP3s right now.

While no full set of tour dates have been announced yet, Sonny & the Sunsets have scheduled a few shows including two NYC shows in August: Mercury Lounge on 8/16 with Magic Trick and Glasslands on 8/18 with Love as Laughter. (UPDATE: Tim from LaL DJs, but the band doesn't play. Magic Trick opens.)Tickets to the Merc show go on sale Friday (6/1) at noon and tickets to the Glasslands show go on sale Friday (6/1) at 7 AM. All currently known Sonny & the Sunsets dates are listed below, along with the track stream.