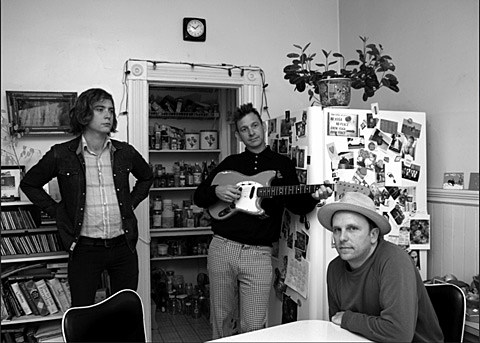 Sonny & the Sunsets will release Talent Night At The Ashram on February 17 via Polyvinyl. Sonny Smith has always been an excellent storyteller and the album actually started as a film project that never came to fruition. Each song was originally a short film that, when strung together, formed a feature-length movie. You can get a glimpse of what that might have turned out like via the video for "Cheap Extensions" which was directed and animated by Teppei Ando. Watch that below.

Smith furthers his storytelling in a new comic book titled The Freakishly Bizarre Yet Terribly True Tales of Sonny & The Sunsets which you can buy via Polyvinyl. It's limited to 500 copies, comes with a flexidisc and is on sale now.

The band, which now includes The Fresh & Onlys' Shayde Sartin, are gearing up for a tour of Japan, and have a few West Coast dates with Colleen Green lined up around the release of the album. Nothing for the East Coast yet (they were here in September) but all dates are listed below.

Sonny Smith also gave us his Top 10 of 2014, which includes a mix of musicians, artists, humanitarians, activists, sports teams and more. Check it out, with a little commentary for each, below. 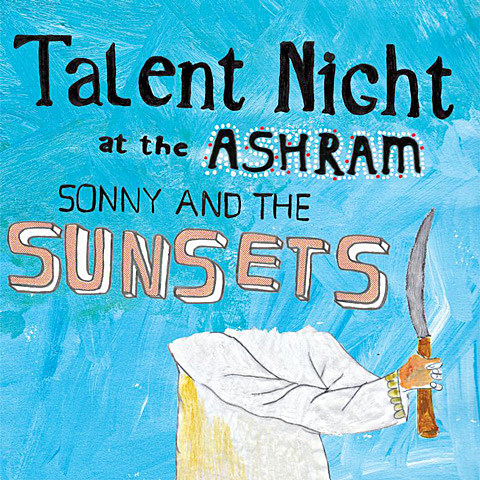 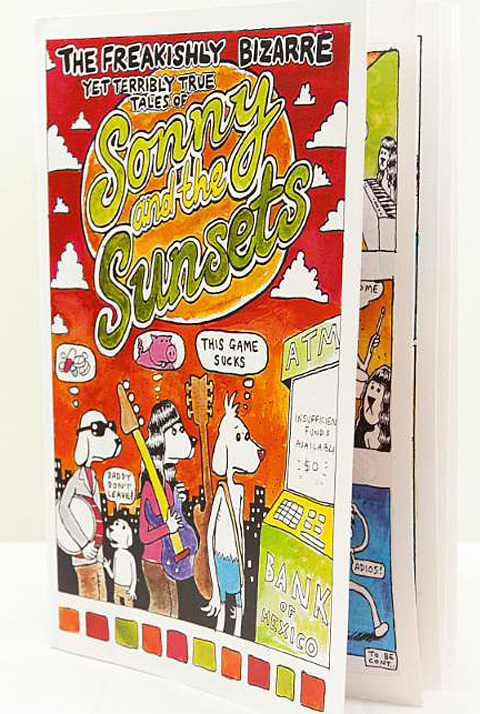 Sonny Smith's Top 10 of 2014
1. Malala Yousafzai - who's more inspiring then this human? Greatest person ever.

2. Emma Sulkowicz - The young lady on the Columbia campus that carries her mattress around wherever she goes, the one she got raped on, until the rapist leaves school.

3. Edward Snowden - most inspiring American citizen of our times.

5. St. Louis Rams Players Display "Hands Up, Don't Shoot" Pose in Pre-Game Entry - it's just nice to hear about athletes giving a shit about something besides winning.

6. Park Bench by Family Dog - a band out of Louisville, Kentucky, I don't know much about, but I love this song.

9. Angel Olsen - Carrying the torch of Linda Ronstadt or Emmy Lou Harris, or to me anyway. Amazing voice. Lovely band.