DOWNLOAD: Sonny and the Sunsets - I Wanna Do It (MP3) 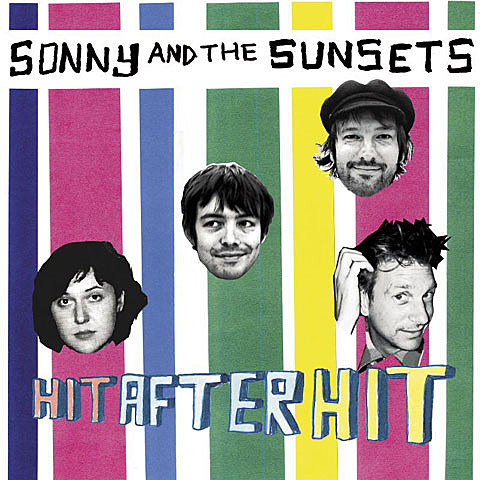 Sonny and the Sunsets released their new album, Hit After Hit, this week on Fat Possum. You can download "I Wanna Do It" at the top of this post and stream the album in its entirety over at Spinner. Unlike last year's laid back and folky Too Young to Burn, the new album is more of a party --inspired by '60s pop and garage. Opening track "She Plays Yo-Yo with My Mind" cribs liberally from The Standells' "Dirty Water."

At least a couple of the songs on Hit After Hit (including "I Wanna Do It") are reworked versions of songs written for Smith's 100 Records project which you might have caught at the late Cinders Gallery last summer. Embued with Smith's (and fellow Sunset Kelley Stoltz) encyclopedic knowledge of pop and his wry sense of humor, Hit After Hit's a great little record.

Sonny and the Sunsets will be here in July, playing Mercury Lounge on 7/29 (tickets are on-sale Friday [4/15]) and Glasslands on 7/30. All upcoming tour dates are after the jump.

--
Sonny and the Sunsets -- songs from Hit After Hit live

Sonny & The Sunsets from Scott McDowell on Vimeo.

Filed Under: Sonny and the Sunsets
Categories: Music News, tour dates
Comments
Leave A Comment
Back To Top