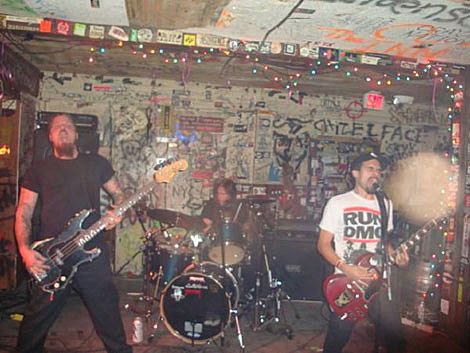 A southern darkness has rolled in from Atlanta, GA... It's Sons Of Tonatiuh! The thundering crust crew (featuring ex-members of Leechmilk) are on the road, and March 9th the band will hit The Charleston with Black Anvil and Unearthly Trance (flyer is below). Sons of Tonatiuh currently has a seven inch and a 4 song CD demo to their name, but you can check out one of those songs, "Chain Up The Masses", which is available for download above. Ordering information for those releases are here.

In other Black Anvil news, their debut LP, Time Insults The Mind, is out on vinyl. Unearthly Trance has multiple split 7"s and 12"s on the way with the likes of Endless Blockade, Minsk, SUMA and others... Dem boys is busy! More details are here. 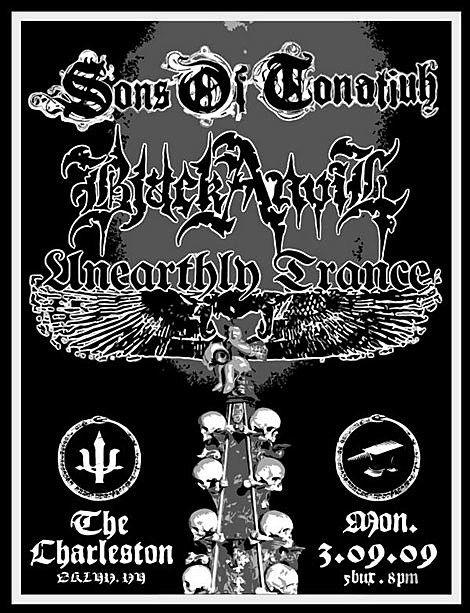