Destroyer at Webster Hall in 2011 (more by Amanda Hatfield 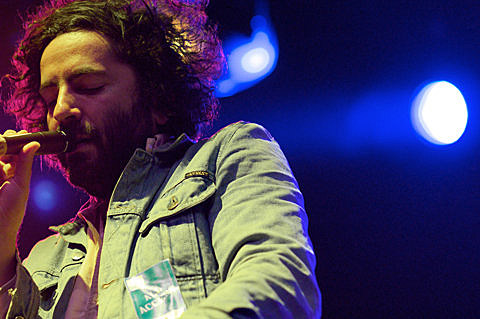 As mentioned, Destroyer will hit the road next month for a North American tour which comes to NYC on June 18 at Brooklyn Masonic Temple and June 19 at Le Poisson Rouge. When we first discussed those shows, no openers had been announced yet, but openers for both shows have since been revealed.

Sandro Perri (who we we profiled HERE) will join Destroyer on most of the tour, including the Brooklyn Masonic Temple show. Tickets for that show are still available.

All Sandro Perri and Sophia Knapp dates, along with some videos below...

Sophia Knapp - "Nothing to Lose"