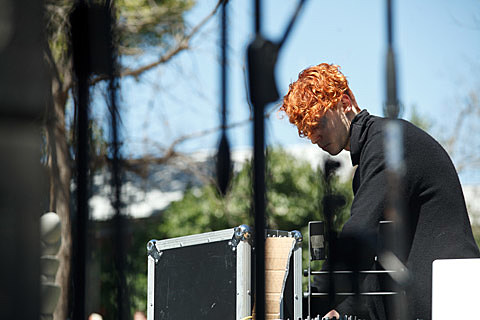 Bouncy UK electronic artist (and PC Music associate) SOPHIE is playing St. Jerome's Laneway Festival in Australia and then heading on a North American tour, which hits this year's Coachella. He'll also be stopping by NYC at Music Hall of Williamsburg on April 9. Tickets for that show go on sale Friday (1/22) at noon.

The full tour announcement hasn't come yet, but all known dates are listed, with a stream of his latest single "VYZEE" below...