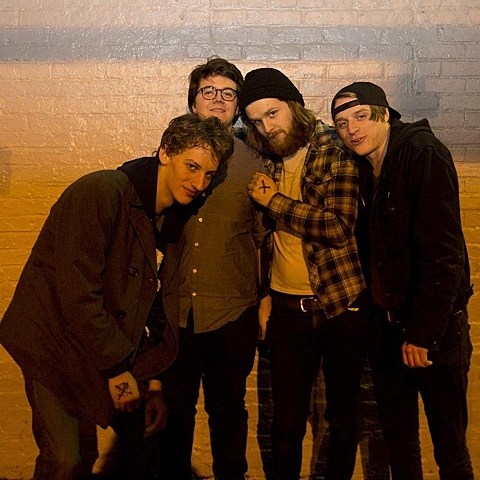 Sorority Noise, who you may have just caught on tour with Special Explosion, Teen Suicide, and Alex G, will follow 2013's Young Luck EP with their first full length, Forgettable, on May 13. It comes out in the US jointly via Evan Weiss' (Into It. Over It.) Storm Chasers and Derrick Shanholtzer's (TWIABP) Broken World Media, and will get a European release via Dog Knight (Nai Harvest, Playlounge). The record's first single, "Rory Shield," recalls the '90s power pop emo of bands like The Promise Ring and Knapsack, and that can be downloaded for free above or streamed below. Album artwork and tracklist below too.

The Connecticut band has a show in their hometown on Wednesday (3/26), which is the CT stop of the Solids / Pachangacha tour. After that, they'll play a few other Northeast dates with related band Old Gray and NJ emo noodlers Prawn, including the Property of Zack-presented pre-show to the Mixtape Festival. That show takes place at Amityville Music Hall (3/28) and also includes Slingshot Dakota, Cryptodira and Petal Tickets are on sale now. All dates are listed below.

All Sorority Noise dates are listed, with the song stream, LP artwork and tracklist, below... 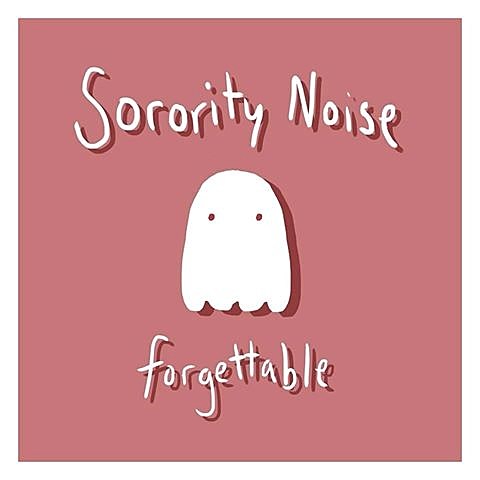 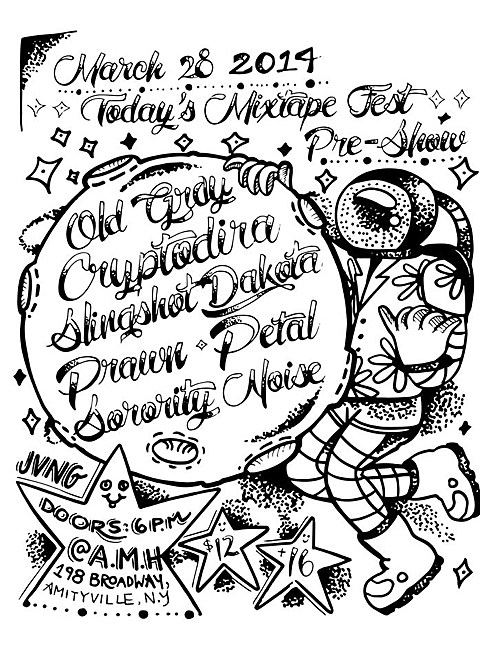