DOWNLOAD: Charles Bradley - "The World (Is Going Up In Flames)" (MP3)

Charles Bradley album art (reminds me of something...) 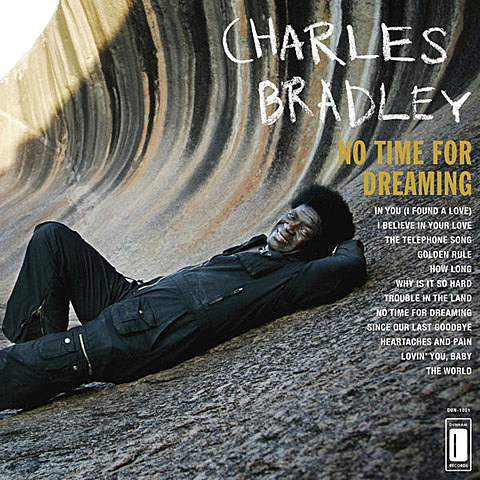 Lotsa great funk and dancefloor grooves are coming to Southpaw and elsewhere for you old soul fans/45 collectors out there.

Though Charles Bradley just released the 45 of the same name, he is prepping to release No Time For Dreaming, a new LP for Dunham/Daptone Records. Is Charles Bradley a stranger to hard time?

Charles Bradley is no stranger to hard times. Born in Gainesville, Florida in 1948 and raised in Brooklyn, New York, he spent the better part of his childhood living on the streets. One of the more optimistic moments of his childhood came in 1964, when his sister took him to see James Brown at The Apollo. Brown's energy and showmanship would form a lasting impression on Charles. He went home and immediately began practicing microphone tricks with a broom attached to a string, imitating the Godfather's every move.

Forty years later, Charles was still trying to make ends meet, still trying to make it as a musician. He was performing his James Brown routines under his alter ego "Black Velvet" when Gabriel Roth of Daptone records happened upon his show at the Tarheel Lounge in Bedstuy. Roth recognized his raw talent and directly brought him into the studio for a session with The Sugarman 3.

No Time for Dreaming (the LP) will be celebrated at a Record Release show with Menahan Street Band (mems of Antibalas, El Michels Affair, Sharon Jones & the Dap-Kings and the Budos Band) at Southpaw on January 25th, 2011. Tickets are on sale.

Charles Bradley's last show was with Lee Fields at Music Hall of Williamsburg on 11/20, and Lee Fields & The Expressions have another show in the immediate future: 1/7 at Bowery Ballroom. Tickets are now on sale. Still no opener listed. I'd suggest Budos Band but they just headlined AND SOLD OUT the same venue recently themselves.

Speaking of Daptone, legendary New Orleans musician Allen Toussaint will join Daptone queen Sharon Jones & The Dap Kings at Best Buy Theater during their two day stint at the venue (tickets for both Dec 30 and Dec 31 are still available).

Toussaint collaborated with The Meters in the 70s, who will also be in NYC in the coming months (the "Funky" version anyway) (tickets available for Feb 15th, 16th, and 17th shows billed as "The Funky Meters").

A soulful New Years Eve can also be had outside of Manhattan at the Bell House thanks to Dig Deeper who are bringing Marva Whitney, Billy Prince (of the Precisions) and the Sweet Divines to the Brooklyn venue that night.Tickets are still on sale.

Start the New Year at the Bell House too. The Detroit Cobras headline the venue on January 1st, one night after they ring in the New Year at Maxwell's with the Fleshtones.

Dig Deeper hosts soul singer Lenis Guess at Southpaw on January 22nd with The Solid Set. Tickets are on sale.

Milwaukee's Kings Go Forth will play Southpaw on 2/19 as part of a stint of East Coast dates in late February. Tickets are on sale, and their full tour schedule with some videos and stuff is below. 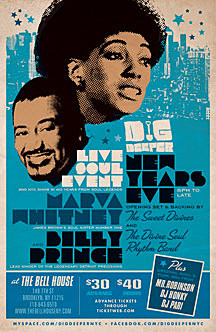 Charles Bradley "The World (Is Going Up In Flames)" Live!