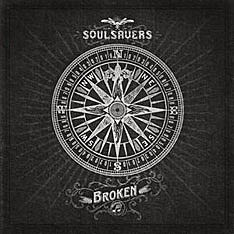 Soulsavers will follow the August 18 release of their third full-length album, Broken, with a headlining North American tour that kicks off September 6 in Portland, OR.

The NYC show on the tour will take place at Bowery Ballroom on September 22nd (assuming it doesn't get cancelled first). Tickets for the NYC show go on sale at noon. All dates below...