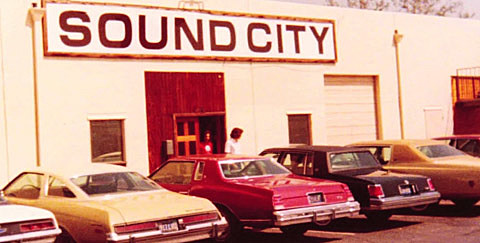 Sound City Studios is a two-building complex in Van Nuys, Los Angeles, California, which houses sound stages. It was most notable for being the recording studio for albums such as Fleetwood Mac's Rumours and Nirvana's Nevermind. The studio is operated since 1970 by the Skeeter family, with the first album to use the facilities being Neil Young's After the Gold Rush. Until the closure of the recording studios on May 2011, the Sound City was used by artists such as Tom Petty, REO Speedwagon, Rage Against the Machine, Johnny Cash, Metallica, and the last band to record there, Everclear. One of the mixing consoles was removed to make room for sound stages, and the mixing console is now owned by Dave Grohl, former Nirvana drummer and current leader of the Foo Fighters. -[Wiki]

Dave Grohl will serve as a director for the documentary on Sound City, which will feature appearances from some of the biggest names in music, all of which recorded in the hallowed halls of the studio. The movie will make its premiere at Sundance in February and you can check out the trailer for the film below.