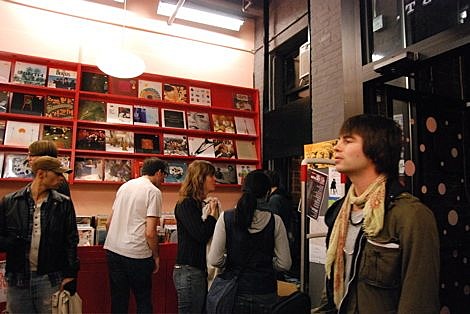 As the Daily Swarm points out, and as confirmed by the store, Sound Fix Records is for sale for $250,000. "Situated at the corner of Berry St and North 11 Street, one block from Bedford Ave, Sound Fix is widely recognized as one of New York's finest record stores which has an inventory of 8,000 CDs, LPs, DVDs, magazines, and books.... [there is] 9+ years left on lease."

That said, the store's owner says he has no plans on closing, even if nobody bites, but that he needs to field offers as a 2nd job is taking up more and more of his time and it's becoming "a bit much".