Soundgarden art by Josh Graham (Neurosis, A Storm of Light) 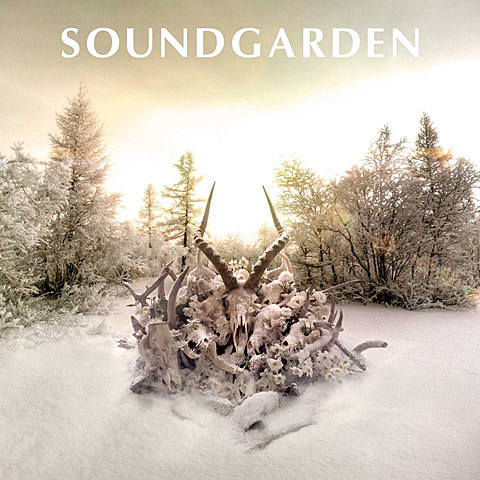 After testing the waters with "Live to Rise" on The Avengers soundtrack, Soundgarden have announced their new LP King Animal, and have coupled that announcement with an unveiling of the cover art and a video trailer. Check out that trailer below and look for the LP on November 13.

Soundgarden reunited in 2010 and have played some reunion shows in the recent past.