Soundgarden in Atlantic City in 2013 (more by Dana (distortion) Yavin) 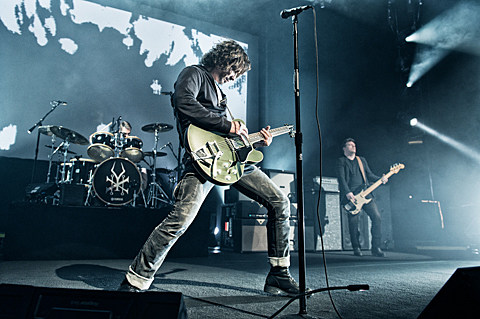 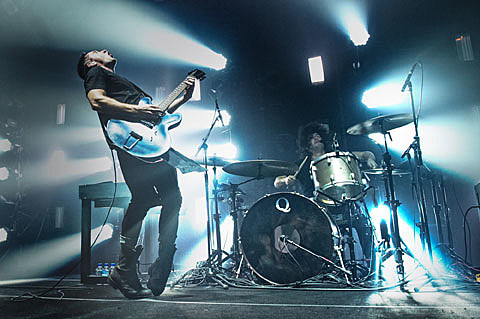 Holy 1994. Soundgarden and Nine Inch Nails have both hinted that they're going on a co-headlining tour of the US and Canada this summer. Though nothing has officially been announced, Stereogum points to a fan forum, Echoing the Sound, which has done some digging and compiled a tentative list of the venues the tour will hit. Those include NYC-area shows at Nikon at Jones Beach Theater in Wantagh, NY and PNC Bank Arts Center in Holmdel, NJ. The exact dates that they will play said venues have not been announced yet, but we'll keep you updated. Tickets will be available at some point via Ticketmaster. Browse that list of venues below.

Both Soundgarden and Nine Inch Nails celebrated 20th anniversaries of albums this past Saturday (3/8), Superunknown and The Downward Spiral, respectively, and Soundgarden will continue that celebration by performing the album in full at the iTunes Festival at SXSW on Thursday (3/13). If you'll be in Austin this week, you can check that out at ACL Live at the Moody Theater, and if you're staying home, it will stream live via the iTunes store.

Venue list and some videos from those albums below...