"So me, Riff, and Elyse saw Soundgarden at Jones Beach. It was an awesome show! The whole band can still fucking rip." - veganaction 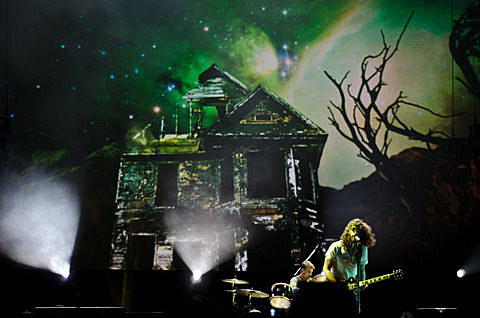 It was a generational mix of fans as old classic rock loving men mixed with metal heads, Gen X and Gen Y'ers as the 90's came back alive and everyone remembered when grunge was king. Opening with "Searching with my Good Eye Closed," Chris Cornell, Kim Thayil, Matt Cameron, Ben Shepherd reinvoked the power and thunder that fans have loved them for all these years. It was a trip down memory lane as the band are reintroducing themselves with their back catalogue of singles, B-sides and very deep early cuts and in a set list that appealed to the casual listener to the hardcore fan, Soundgarden were not ready to play any of the new material they have been working on and they didn't need to, they stuck to the working wheel of high octane, dark and murky rock and roll. "Jones Beach, sorry for the wait! We got some new songs but you won't hear any tonight, this is an old song" a bearded Chris Cornell told the crowd right before kicking into "Jesus Christ Pose" -[Officially a Yuppie]

Soundgarden played two NYC area shows over the weekend with Coheed & Cambria. They hit July 8th at Prudential Center in Newark and July 9th at Nikon at Jones Beach Theatre in Wantagh, NY. Their set consisted mainly of material off Louder Than Love, Badmotorfinger, and Superunknown, with a few other cuts as well. The above review and photos in this post come from Jones Beach. We also have setlists and videos from both below.

Last night, Sunday night (7/10), Coheed & Cambria opened for Soundgarden at the Comcast Center in Mansfield, Mass, but without their bassist who was arrested at the venue for robbing a pharmacy earlier that day!

Soundgarden is currently touring the east coast, and will play upcoming dates in Phildelphia and Atlantic City (with Mars Volta) in the coming days. Full tour schedule (which now includes a headlining appearance at Voodoo in New Orleans), with more pictures (though none of Coheed), videos and setlists below... 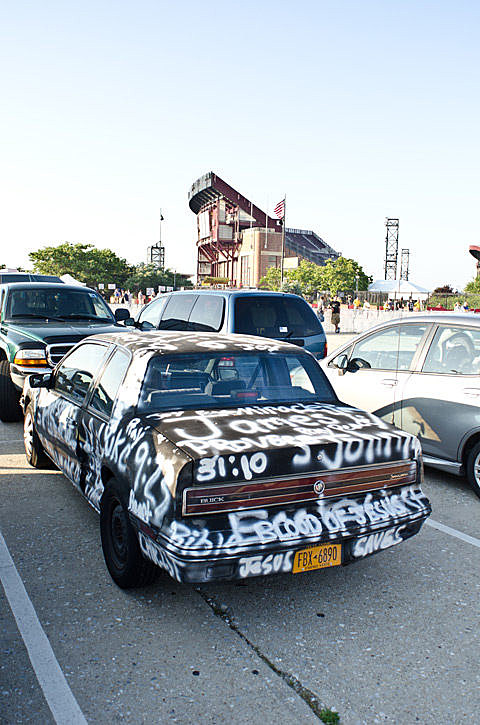 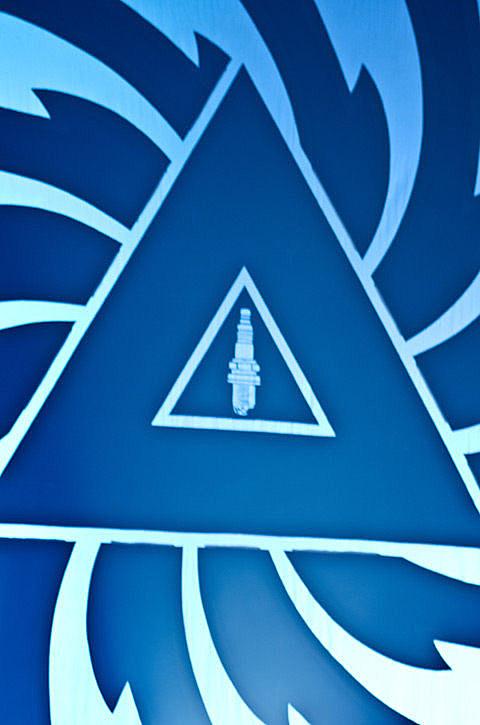 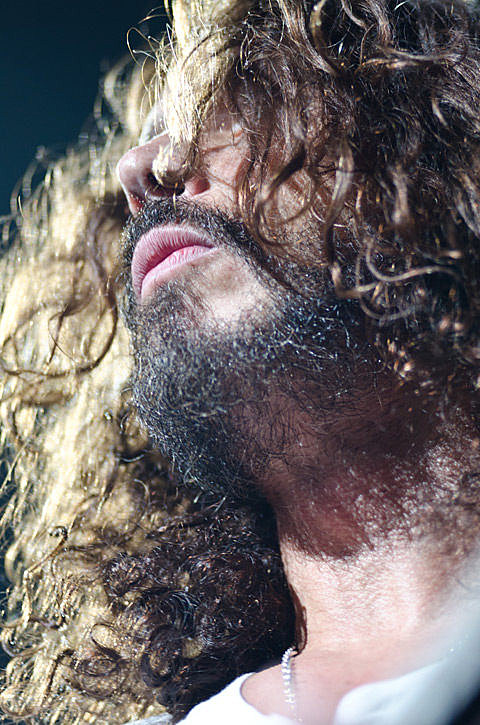 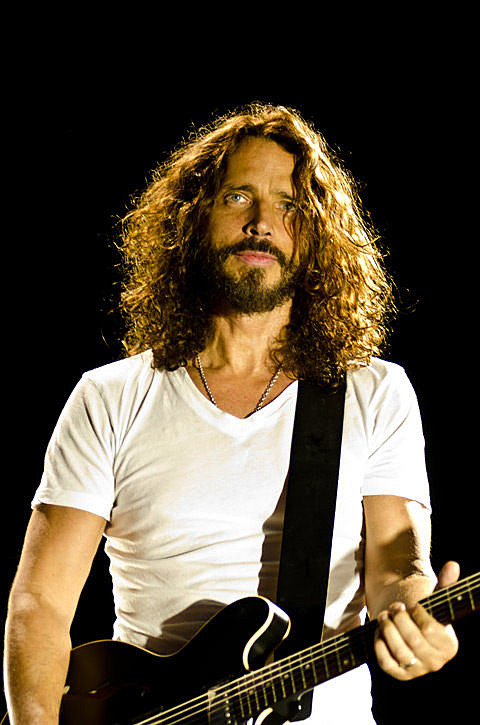 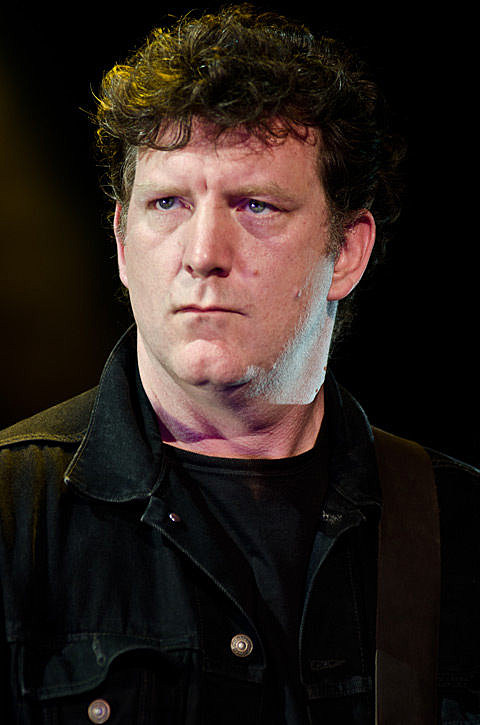 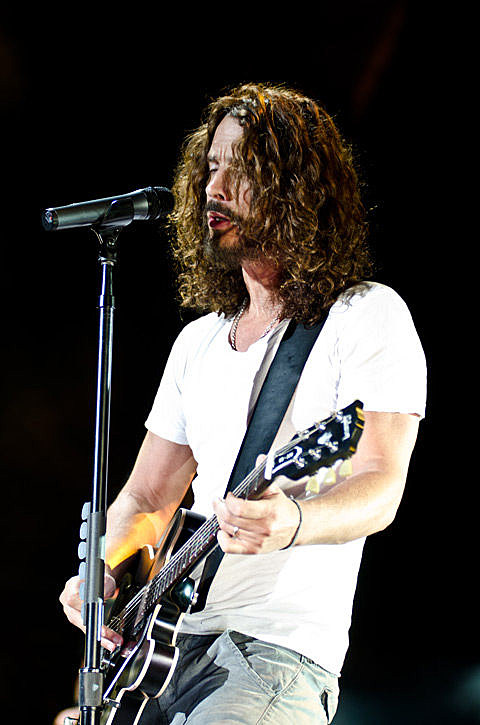 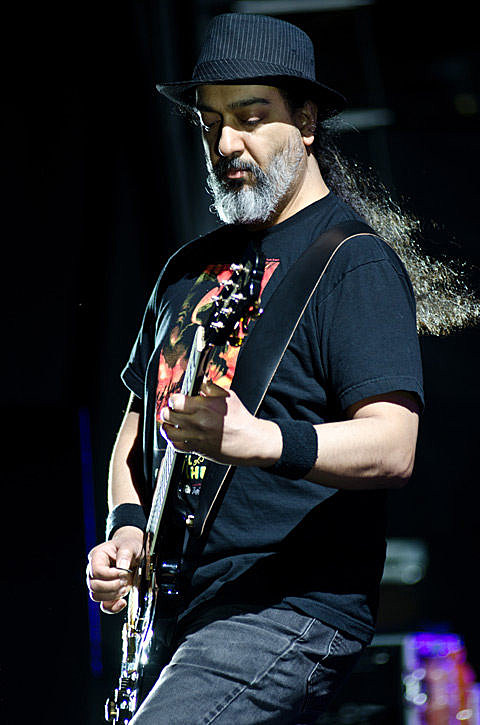 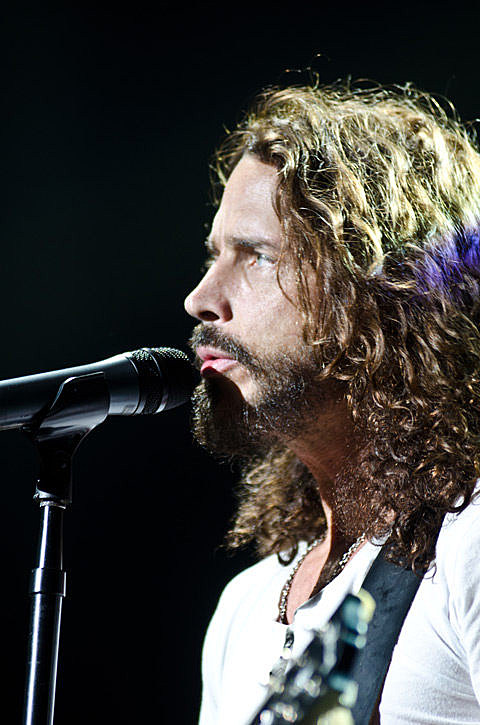 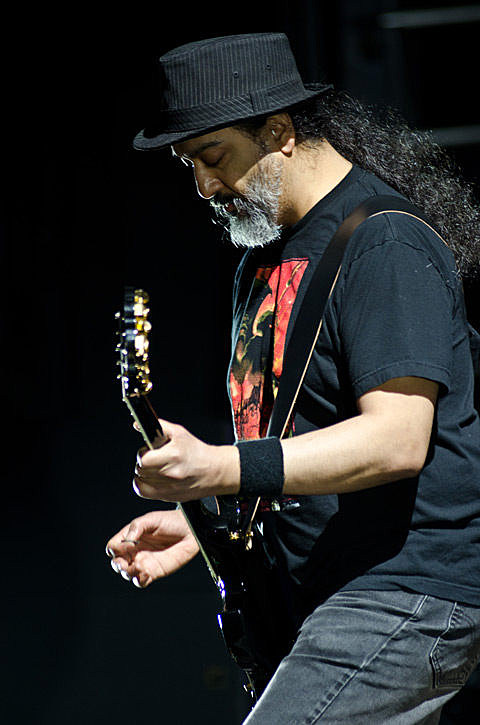 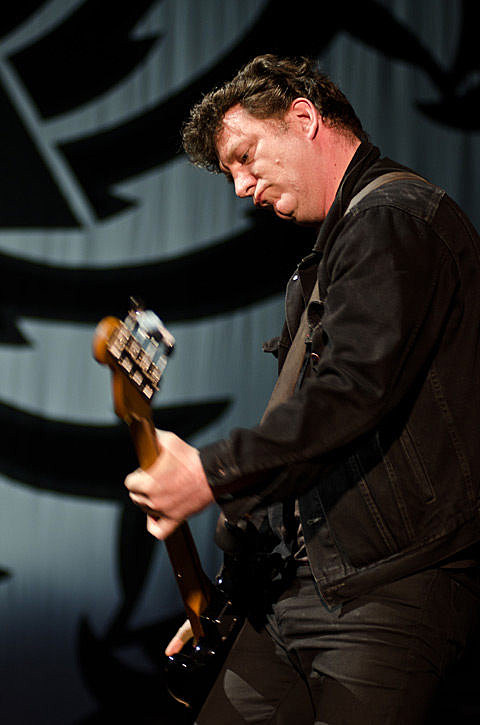 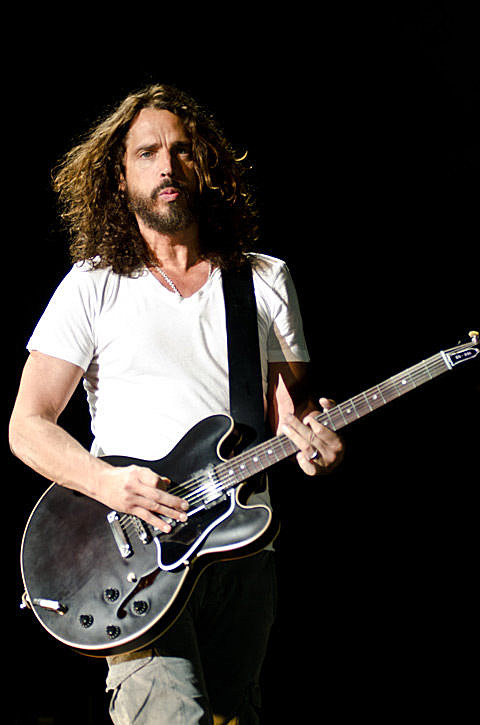 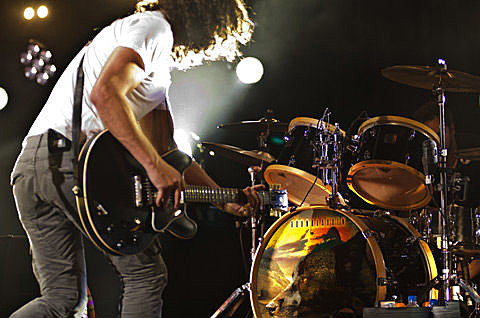 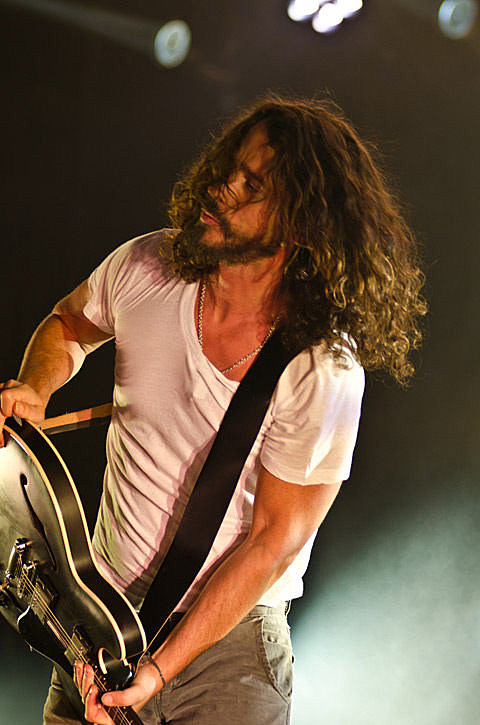 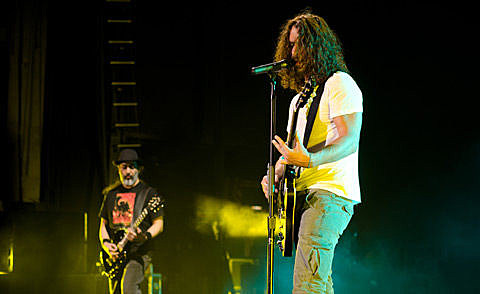 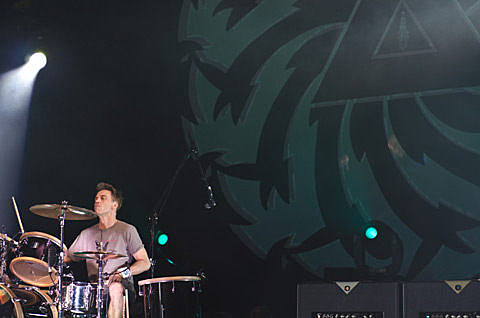 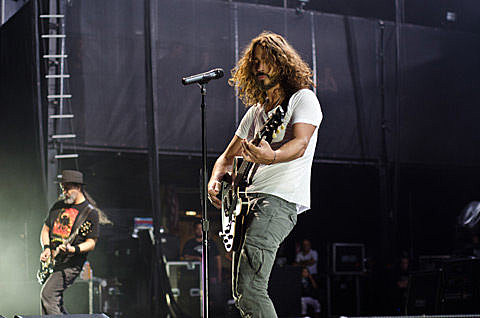 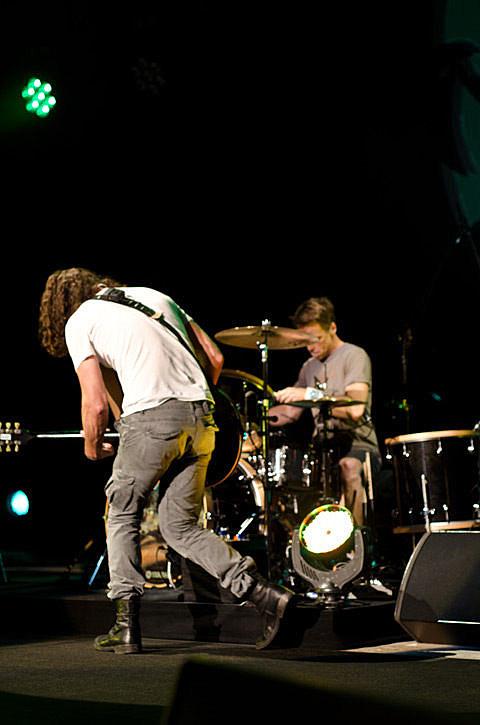 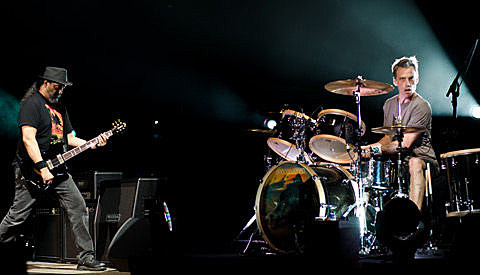 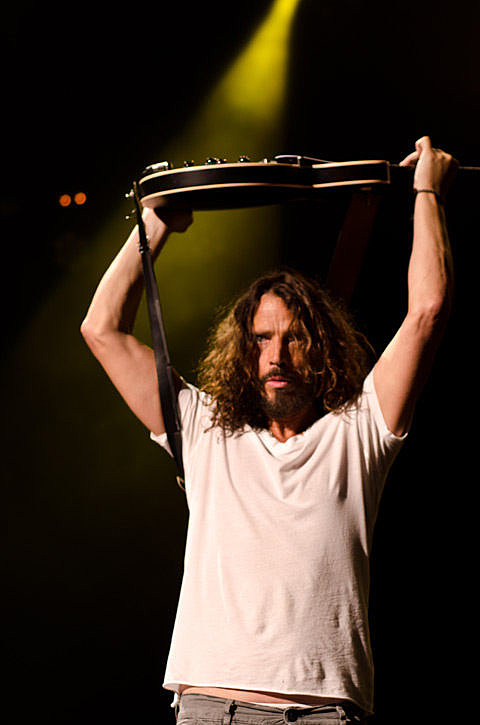 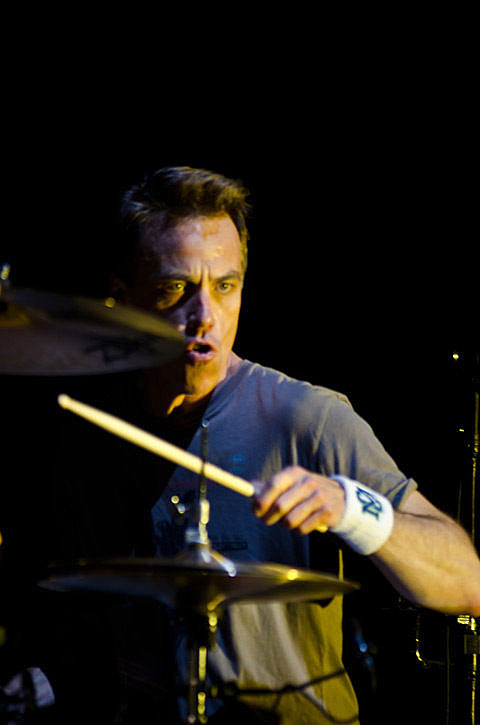 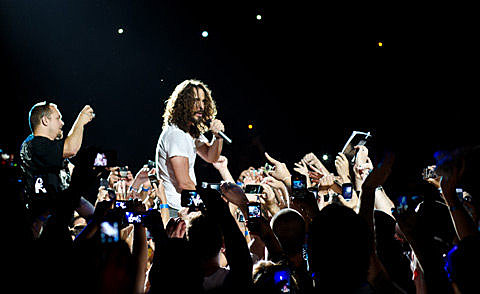 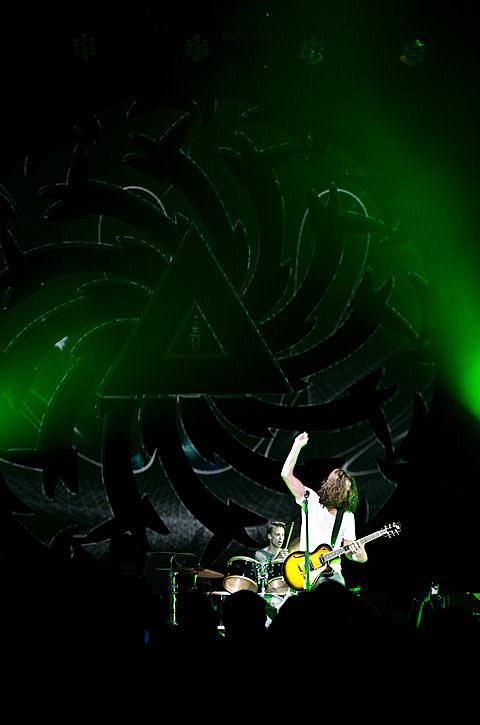 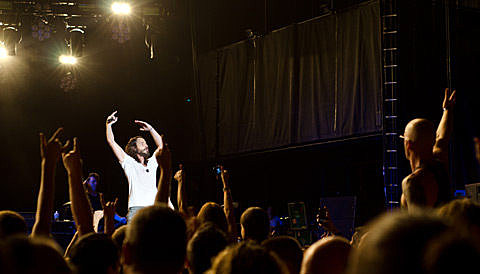 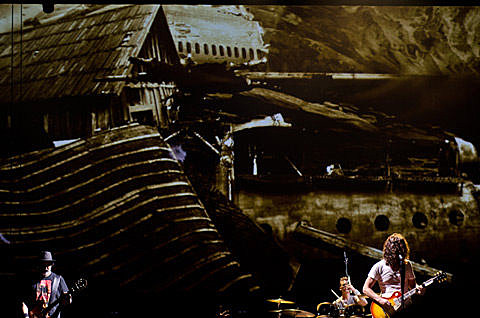 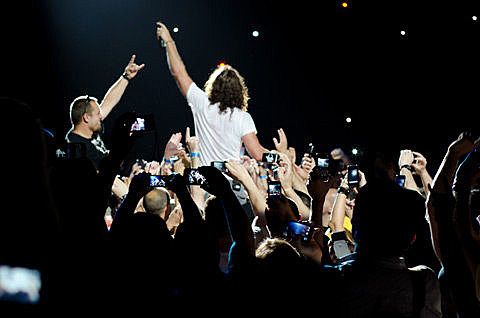 SOUNDGARDEN at PRUDENTIAL CENTER SETLIST
Searching With My Good Eye Closed
Spoonman
Gun
Black Rain
Hands All Over
Jesus Christ Pose
Blow Up the Outside World
My Wave
The Day I Tried to Live
Ugly Truth
Fell on Black Days
Get on the Snake
Rusty Cage
Outshined
Superunknown
Burden in My Hand
Black Hole Sun
Beyond the Wheel
Encore:
Room a Thousand Years Wide
Face Pollution
4th of July
Like Suicide
Slaves & Bulldozers

SOUNDGARDEN at JONES BEACH SETLIST
Searching With My Good Eye Closed
Spoonman
Gun
Jesus Christ Pose
Blow Up the Outside World
My Wave
The Day I Tried to Live
Ugly Truth
Hunted Down
Fell on Black Days
Rusty Cage
Outshined
Beyond the Wheel
Black Hole Sun
Burden in My Hand
Superunknown
4th of July
Encore:
Hands All Over
Loud Love
Like Suicide
Slaves & Bulldozers