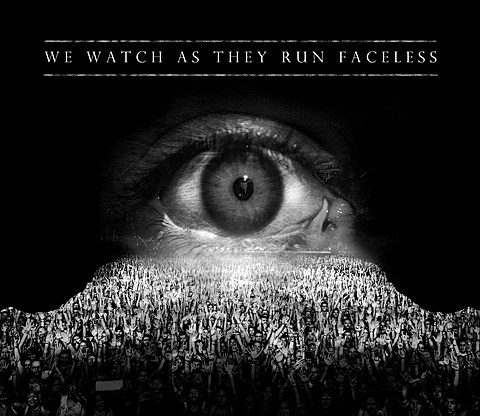 The reunited Soundgarden put out King Animal, their first album since 1996, back in 2012, and they just followed it with a new single called "Storm." They also posted the above artwork which says "We Watch As They Run Faceless." Is that the name of their new album? Stay tuned to find out. UPDATE: As of 9:45 AM, the song has been made private. UPDATE 2: It's back up.

UPDATE 3: "Storm" is actually one of 7 previously unreleased tracks that will appear on Soundgarden's new b-sides/rarities compilation, Echo Of Miles: Scattered Tracks Across The Path, which is due out November 25 via A&M. "Storm" was recorded earlier this year. Tracklist and artwork below.

Soundgarden and Pearl Jam were both on the bill at Neil Young's annual Bridge School Benefit concert on Saturday (10/25). During PJ's set, Chris Cornell came on stage for a brief reunion of Soundgarden/Pearl Jam spinoff Temple of the Dog. They played the TOTD song "Hunger Strike," which you can watch a video of, along with the stream of "Storm," below... 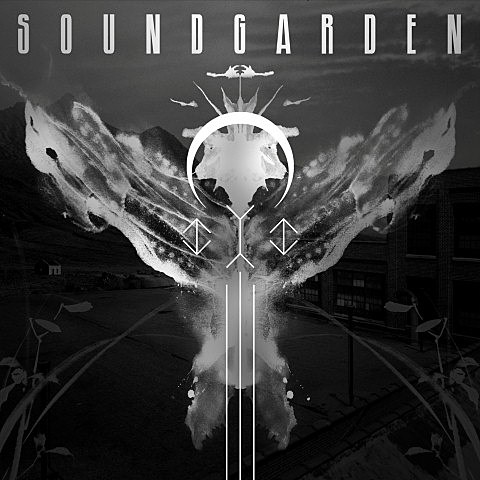 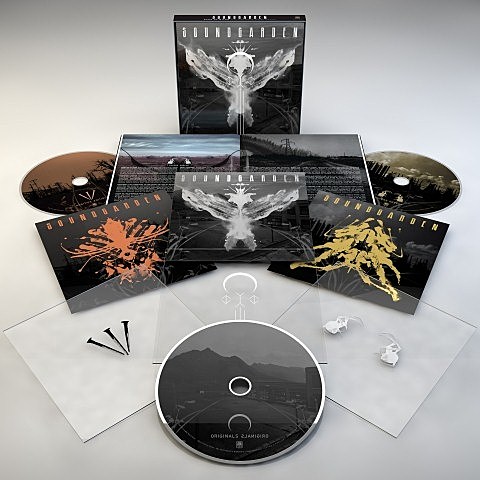