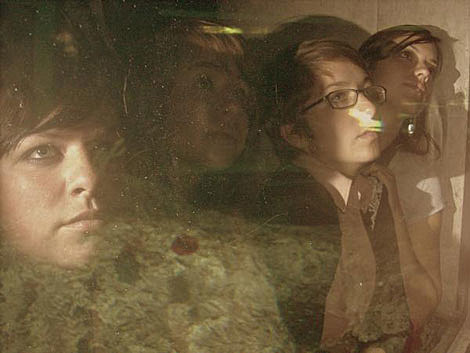 A Familyre Drive Spring 2010 Tour!!!
Ben + Vesper, Ortolan, and Danielson will all be packin' the van and heading off to make musical merriment at the fine cities below! Come on out! All three bands will have just released or will be soon to release new records, so come hear some fantastic new material, as well as some old hits!

The Sounds Familyre Records tour will kick of on March 7th in Philly and then make a New York City stop on Monday, March 8th at Knitting Factory. Tickets are on sale. It'll also be at SXSW. A tour poster is below.

The NYC show will serve as a release party for Ben + Vesper's new "LuvInIdleness" EP.

Sounds Familyre put out Ortolan's selt-titled, debut EP last July. A track from that is above. Daniel Smith (aka Danielson) produced their first full-length, Time On A String, which will be coming out March 9th (one day after the KF show). More on the band (which is made up of three sisters and a sister-in-law), below.

In December, Danielson put out a single for the song "Moment Soakers." The video for that song, Ortolan tracklist and info, and all tour dates are below... 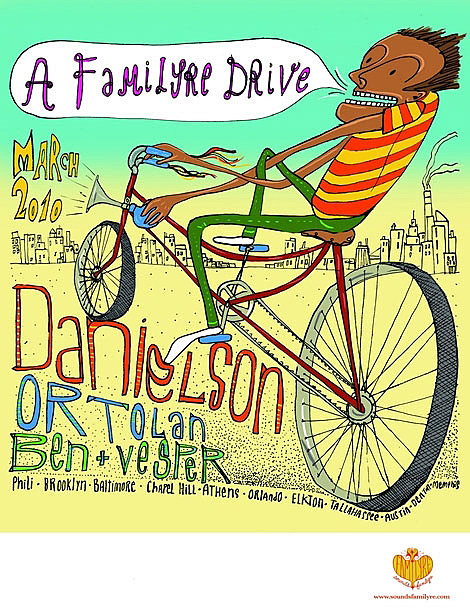 A hot minivan barreling down the highway, filled to the brim with siblings, sleeping bags, and travel checkers sets--this is the setting for a decades-old American tradition upheld by millions: arguing over the radio dial until consensus is happily found at that hallowed institution, the oldies station. Thus begins the story of Ortolan, four young women from Southern New Jersey with music-loving, art-teacher parents, devoted to each other in laughter, bickering, love, and play. Sisters Stephanie (16), Brianna (18), Lara (20), and sister-in-law Jill (23) also happen to create music that is singularly winsome, disarming, and sincere, possessing the same kind of universal appeal of 1950s and '60s rock and roll, with its earnest abandon and joy in simple and uncluttered gestures.