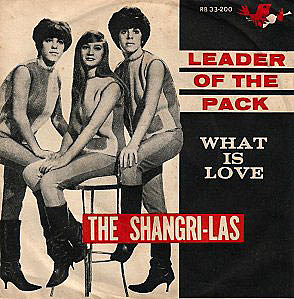 The initial 2008 lineup of free summer concerts at South Street Seaport in NYC has been announced. It includes King Khan and the Shrines who just signed to VICE and who may also be playing McCarren Pool with Deerhunter who are playing somewhere this week with Atlas Sound who are also playing the Seaport......

Friday, May 30, 9:00pm
Pier 17, South Street Seaport
SHE WOLVES FROM THE TIBER TO THE HUDSON
The final of three immersive events whose fusion of water, sound and light will bring the mythic She-Wolf to life and transform outdoor river spaces with site-specific animations and music.
FREE. .

Friday, July 18, 7:00pm
South Street Seaport, Pier 17
MARY WEISS OF THE SHANGRI-LAS (others to be announced)
Mary was 15 years old when she and her sister Elizabeth (Betty) began singing with identical twins Margie and Mary Ann Ganser in their neighborhood of Queens, New York. They soon shot into the charts with massive hits including Remember (Walking In The Sand), Leader Of The Pack, and Give Him A Great Big Kiss. Mary put out a new album recently and has been tearing it up ever since. It'll be a massive garage rock party when others are announced on this bill.
FREE. .

No Age isn't listed, but they had announced at one point that they are playing on July 11th.

It was also just announced that Sonic Youth and The Feelies are playing Battery Park on July 4th.