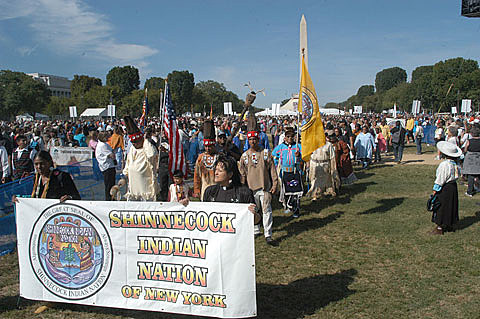 "Escape to New York, an art, music and interactive performance party from the creator of the Secret Garden Party UK is pleased to confirm their Friday and Saturday line-ups:

The Sunday Main Stage line up and the weekend's DJ line up will be announced over the next few weeks........

Coming to the US shores for the first time, Escape to New York is the first pop-up destination community and independent experiential music and lifestyle festival to take place on Shinnecock Nation land adjacent to Southampton, New York, from August 5th through 7th, 2011.

Expect the unexpected. Imagine the unimaginable. This special event is unlike anything the east coast has experienced before including the world's biggest brunch at a live music festival, installation and performance art, experimental theater, high-end camping, aka "Glamping" and amazing culinary delights unlike any other festival event. Escape to New York will also feature a safe children play area so families can enjoy the festivities, shade areas to cool off in, traditional Shinnecock arts and crafts and food, and three days/nights of some of the best emerging artists and known heritage acts to be heard anywhere.

"Our goal is turn upside down the conventional music festival experience and recreate it in a way that makes each and every attendee walk away feeling they just had an incredibly unexpected and amazing VIP experience from the moment they entered our gates all the way through to when they pack up to return to their regular lives", shares Escape to New York Executive Producer, Fred Fellowes.

The location of Escape to New York on the sovereign Shinnecock Reservation land is also unique. The Shinnecocks have lived along the shores of Eastern Long Island for thousands of years, and in October 2010 became the 565th federally recognized tribe.

Thus upon entering the reservation you are both in and escaping New York.

"The Shinnecock Nation welcomes the Escape to New York festival that will take here in August and we are working closely with the festival team to assure a success," says Beverly Jensen, Shinnecock Tribe Member and Communications Director. "

Well, hopefully this festival doesn't need to sell as many tickets as Music to Know Fest which happens in East Hampton one weekend later (and just announced Vampire Weekend, Bright Eyes, Cold War Kids, Chromeo, Matt & Kim, etc). That said, with Escape to New York they're really trying to push the experience separate from the bands. In fact, a "Manifesto of the Party" on their website includes these lines:

What makes a good party?
What you do not what you see
Who you meet not who you see

It ends with "Imagine a wonderland." Is this potential wonderland (and "the world's biggest brunch") worth $100 a day? Tickets are on sale.