While North America will probably never be able to give the EU a run for its money when it comes to huge blowout metal festivals in the Wacken or Roadburn vein, the lands on this side of the Atlantic are hosting an increasing number of smaller but more targeted (and thereby more appealing, if you ask me) shindigs. Hot on the heels of yesterday's inaugural Deathwish Fest announcement comes another first-timer fest: Southern Darkness Fest, which will take place in Tampa, FL on August 23. As the fest site puts it:

Southern Darkness Festival brings the best of extreme and experimental music right to Tampa's historic district of Ybor. More than 20 bands will deliver a diverse range of heavy music, from Post Rock all the way to Grindcore. With a lineup that is second to none, SDF is bound to leave a mark in Florida's heavy music scene and turn heads worldwide.

Organized by music fans for music fans, SDF sets out to create a special experience for fans and artists alike. The historic district of Ybor is not only the perfect setting for an artistically minded crowd, but also houses Tampa's best live music venues - all in walking distance from one another.

Though Southern Darkness will take place in the historic seat of American death metal, its lineup ironically doesn't include any death metal -- Maruta and Yautja (see? they're everywhere) are as close as it comes. Most of the fest's big-name draws are post-metal or sludge bands: Pelican, Black Tusk, Zoroaster, Junius, Mouth of the Architect, A Storm of LIght, and so forth. There's also a solid grind/hardcore contingent -- the aforementioned Maruta, Phobia, Weekend Nachos, Coke Bust, Strong Intention, and more.

The fest will be organized along CMJ-esque lines; it'll take place at a number of venues simultaneously, with a single ticket pass earning you entrance to all of them. (If you know Tampa, you may be familiar with them: The Orpheum, Crowbar, Ybor Live.) Specific show details are still to come. Tickets will be $35 for presale and $40 on the day of the fest, which is pretty reasonable, given that most of this fest's attendees will probably have to travel for it. They're not on sale yet, but will be on an unspecified date in late April; in the meantime, you can keep an eye on the fest's Facebook for updates.

More bands will be announced soon, but the full initial lineup is below... 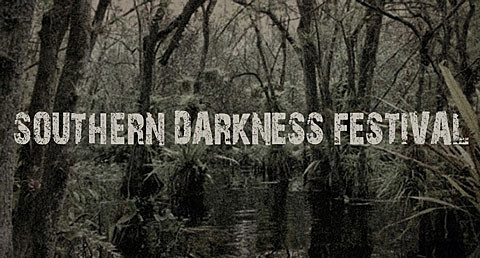