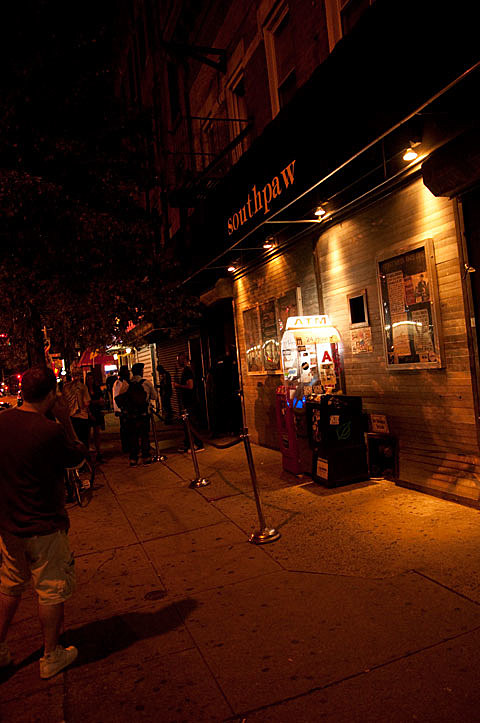 According to many with connections to the Park Slope club (some who emailed me and some who are tweeting), Southpaw is closing on February 20 (possibly because "The venue's been sold."). The 5th Avenue Brooklyn venue was getting ready to celebrate their 10th anniversary in a big way too, which would make this news, if confirmed, even sadder.

Home of The Rub, Nuclear Family, numerous soul shows, many hip hop ones (like the upcoming Action Bronson/eXquire gig), and even a lot of indie rock at one time (just off the top of my head I remember seeing Sufjan Stevens, John Vanderslice, Andrew Bird, Mogwai, Davila 666, Mannequin Men, Keren Ann, Metric, Neko Case, Sondre Lerche, Bob Log III, Sharon Jones, and Negative Approach there), Southpaw has been a great piece of the NYC music scene for almost a decade. Unfortunately, possibly due to the increasing popularity and number of Williamsburg venues, and newer competition from Union Hall and the Bell House (not to mention Littlefield), shows have been somewhat less frequent there in the past few years (especially notable indie rock ones).

Stay tuned for more info, and an official confirmation (one way or another). Meanwhile check out their schedule (which at the moment has four shows on it past 2/20).