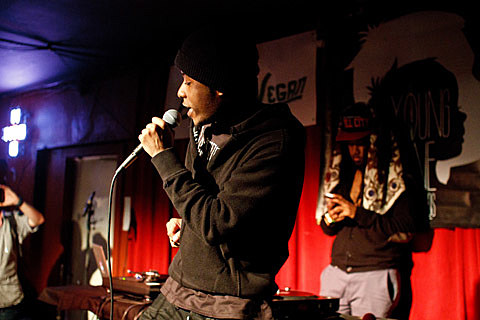 Miami rapper/producer SpaceGhostPurrp, who played our hip hop stage at Hotel Vegan this past SXSW, is set to releases his debut commercial album, Mysterious Phonk: The Chronicles of SpaceGhostPurrp, on his new label, 4AD, a label otherwise best known for their post-punk/goth/dream pop/etc output. You can grab a new track from the album, "No Evidence," via a widget below, and check out the new video for "The Black God." The album artwork and tracklist are also below.

SpaceGhostPurrp will be making a few appearances in NYC this week before heading overseas for his first European tour later this month. The NYC dates include the Rustie-headlined Shortcuts party at Santos on Tuesday (5/15) and The Standard Hotel on Wednesday (5/16). Tickets for the Santos show with Rustie are still available.

There was also an SOB's show announced in some places, but that show is probably not happening. The Santos show will be the second time SpaceGhostPurrp played a "Shortcuts" party. 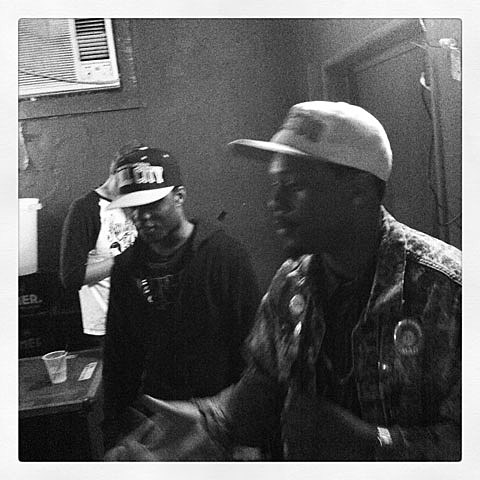 Speaking of rappers who played BV-SXSW, Fat Tony (who is pictured with Purrp above) will be in NYC for a show at Glasslands on June 11 with Tom Cruz, Juiceboxxx, Ratking, Old Money, and Mess Kid (DJ). Tickets are on sale now. Meanwhile Tony has a couple of Texas show scheduled.

All dates, video, stream, album art and tracklist below... 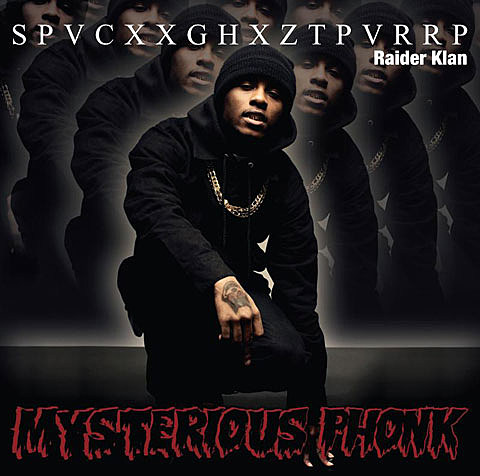