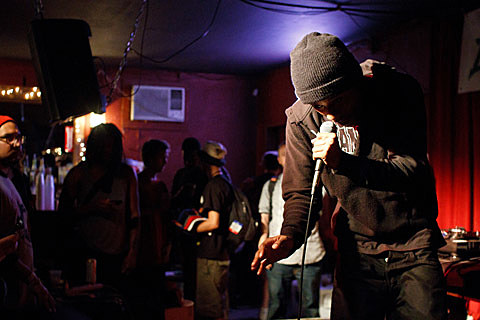 As mentioned, Miami rapper SpaceGhostPurrp is releasing his debut commercial album, Mysterious Phonk: The Chronicles of SpaceGhostPurrp, on June 12 via 4AD. He'll celebrate the album with a release party in NYC on the day it comes out, June 12 at SOB's with Vinnie Chase and Despot. Tickets for that show are on sale now. The flier for the show is below.

The SOB's show is a one-off for Purrp before he heads out later this summer on a tour which includes dates with Trash Talk, who are continuing to involve themselves in the rap scene. All currently known dates are listed below, along with some videos from Purrp's recent Santos show... 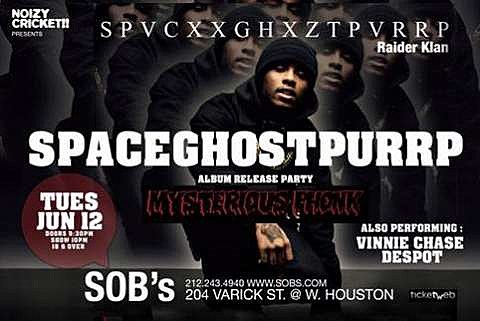