Spandau Ballet, then and now 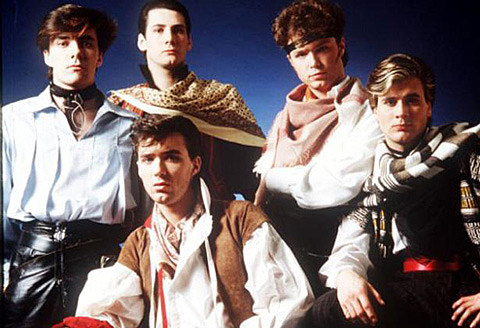 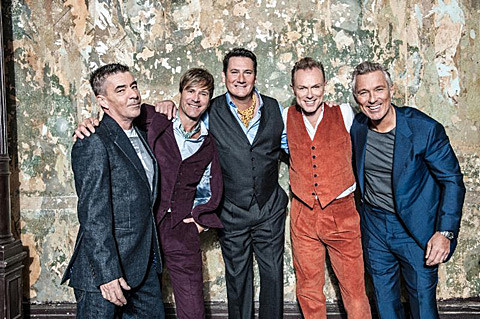 Spandau Ballet were pretty much only known in the U.S. for their 1983 worldwide smash ballad "True," but the band got their start in the idealized artpop scene of the New Romantic movement. The band were already chart-toppers in the UK before "True," with danceable hits such as "To Cut a Long Story Short," "Chant No. 1 (I Don't Need This Pressure On)" and "Lifeline." The band broke up in 1990, the same year founding members and siblings Gary and Martin Kemp were cast as notorious British gangsters Reggie and Ronnie Kray in a biopic about them, which launched a second career for both.

Spandau Ballet (all five original members) got back together in 2009, and just released "This is the Love," their first new single in almost three decades. With strings and sax, this woulda sounded at home in Sixteen Candles and frontman Tony Hadley's signature croon remains in oversaturated melodratic technicolor. You can stream it below. A documentary about the band premiered at SXSW this year where the band performed (their first U.S. show in 28 yearss) as well. That film, Soul Boys of the Western World, will make its NYC premiere as part of the DOC NYC festival, screening Saturday (11/15, 9:45 PM) at the SVA Theatre. The band and director George Hencken will be in attendance for a post-screening Q&A. Tickets are on sale.

Prior to the screening, Spandau Ballet will have a couple of TV appearances this week, playing Jimmy Kimmel Live tonight (11/10) and then FOX's Good Day LA on Thursday (11/13). Then next year, the band will also be going on their first North American tour since their original inception with two NY-area shows: February 6 at Beacon Theatre and Theatre at Westbury on February 7. Tickets to both shows go on sale Saturday (11/15) at 11 AM, with a Livenation presale for the Westbury beginning Tuesday (11/11) at 10 AM, and a local presale for Beacon Theatre beginning Wednesday (11/12) at 11 AM.

All dates are listed, along with the new single stream, documentary trailer, and a few classic '80s videos, below...

Spandau Ballet - "This is the Love"

Spandau Ballet - Chant No 1 I Don't Need This Pressure On (Studio, TOTP)