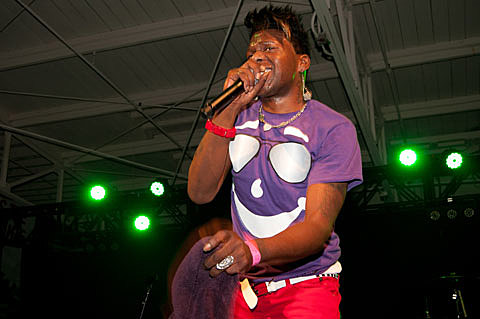 "In 2006, Franki Chan began a weekly Tuesday party called Check Yo' Ponytail. Teaming with then partners, Love Yourself and White Trash Charms, and with the help of resident DJ, Paparazzi, and visual artist, Demonbabies they went on to make a night that would define the Los Angeles (and in some cases national) music scene for years to come. Initially making its debut at Safari Sam's, it was only a matter of time before the hyper-fun, genre-bending night needed a new home, The Echoplex.

The New Check Yo' Ponytail, as it was then called, continued to book new and eccentric acts that would fill the larger venue to capacity with people looking to dance, drink, and rage. The open-genre, open-format approach to booking shows provided LA with a truly unique audience, breaking down scene walls and allowing for people from all walks to enjoy that which is most important to us, the music.

IHEARTCOMIX, Media Contender, and Paparazzi will be teaming up to resurrect Check Yo' Ponytail, now dubbed CYP2. It will make its return to The Echoplex on varying Tuesday nights each month. CYP2 will remain true to the past, focusing on what's next, while bringing a few tried and true heavyweights every now and again."

The above quote is taken from Check Yo Ponytail's website describing the LA party, which has featured a number of artists in the past including Justice, Boys Noize, Matt & Kim, Diplo, Crystal Castles, Simian Mobile Disco, and others. Check Yo Ponytail are taking their show on the road this fall for their first ever North American tour with Spank Rock, Big Freedia, The Death Set, Pictureplane and Franki Chan on select dates. The tour includes a NYC show on October 29 at Brooklyn Bowl with all five of the aforementioned artists and concludes at Fun Fun Fun Fest with Spank Rock, Big Freedia, Pictureplane, and Franki Chan. Tickets for the NYC show are on sale now. All dates and a tour flier are below.

You have a few other chances to catch Pictureplane in NYC before the Check Yo Ponytail show including the previously announced shows at Cameo Gallery on September 1 with Autre Ne Veut and DJ Dog Dick, and RockYard (at The Morgan) on September 3 with Wise Blood, White Hills and others TBA (Jelly still has last week's flyer up as of this post). Tickets for the Cameo show are still on sale. More Pictureplane dates are below.

Spank Rock's lats NYC-area was this past Saturday (8/20)... they played Jones Beach with Ke$ha and LMFAO.

All dates and the flier below... 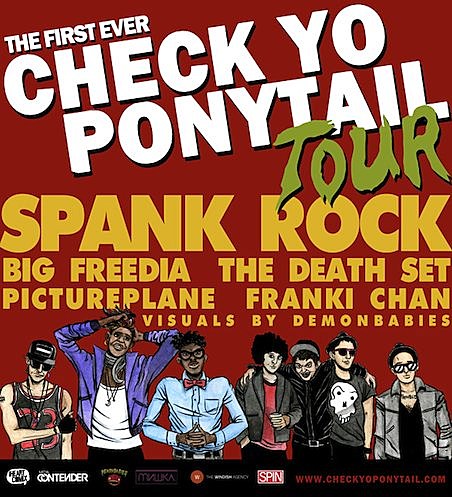 PICTUREPLANE - CHECK YO' PONYTAIL 2 MIXTAPE by Check Yo Ponytail