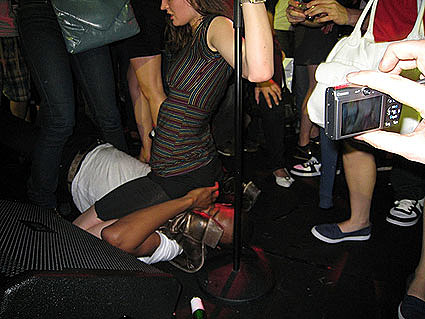 I believe all that except the part about Downtown (also the home of Art Brut and Cold War Kids) being independent. In fact, I guess that sort of means Atlantic was fighting itself sort of maybe? Here's more Spank Rock.