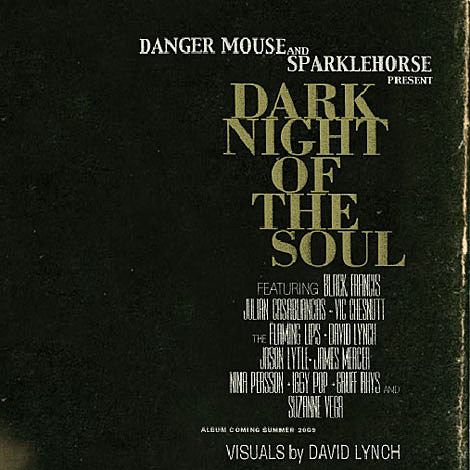 Mark Linkous' dramatic, lush music often came from a place of pain. In 1996, Linkous actually died for two minutes after ingesting a dangerous mix of Valium and antidepressants while on tour in the U.K. behind Sparklehorse's 1995 debut Vivadixiesubmarinetransmissionplot. He recovered, but the incident left him crippled -- he laid unconscious for 14 hours, cutting off circulation to his legs. He suffered a heart attack when medics attempted to straighten his legs, and underwent seven surgeries to save his damaged limbs. But after the incident, he recorded 1999's Good Morning Spider, 2001's It's A Wonderful Life and 2006's Dreamt for Light Years in the Belly of a Mountain. "For a while there, I was really scared that when I technically died -- which I guess I did for a few minutes -- that the part of my brain that allowed me my ability to write songs would be damaged," he told Rolling Stone in 1999.

Linkous most recently teamed up with Danger Mouse and director David Lynch on Dark Night of the Soul, a multimedia project that was tied up in legal issues with EMI; just this past week, Danger Mouse and the label resolved their dispute and agreed to let the album come out as it was originally intended. [Rolling Stone]

Mark Linkous, who spent 6 months in a wheelchair after his near death experience, committed suicide on on Saturday, March 6th 2010. Fellow tortured and talented singer-songwriter Vic Chesnutt spent 26 years in a wheelchair before he took his own life and passed away on December 25, 2009.

Sparklehorse co-wrote, co-composed and co-produced Dark Night of The Soul with Danger Mouse (whose most recent collaboration is called Broken Bells). Each Dark Night track features a special guest. Track 8 is Vic Chesnutt. That song & the full Dark Night tracklist, below...

Dark Night of the Soul won't be the last we hear of Sparklehorse though. "Linkous' publicist confirms he was nearly finished with a new album that was due on Anti- Records."