Night Horse, in the chill station 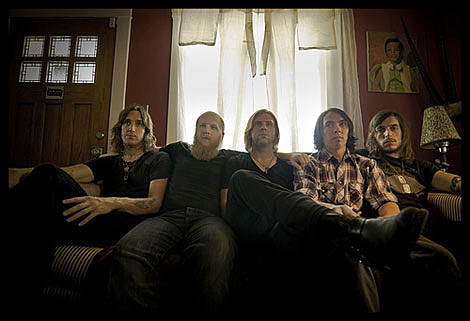 TK Webb & The Visions have unfortunately dropped off of the previously announced Night Horse show at Pianos on 8/13 (Thursday), but have been replaced by a "special guest" headliner. No official word on who said guest is, but I would bet that you can make an educated guess based on Night Horse's current label, and the other band in town that night (and what is written on Pianos' website).

Night Horse and Graveyard's Tee Pee Records label-mates Nebula are on tour with The Entrance Band. Their NYC show is August 22nd @ Santos Party House. Tickets are still on sale.

Ancestors, which features members of Night Horse, have a new album on the way.