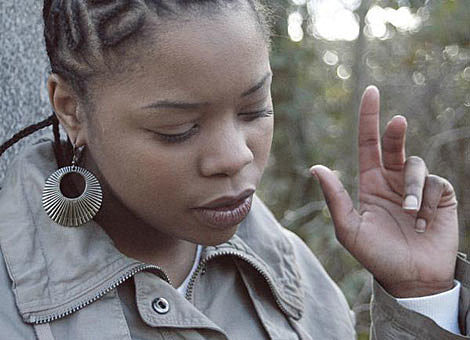 According to her agent, "Speech Debelle is canceling all of her US appearances for October. Visa laws have just recently changed and delayed a few of our artists from getting their visas this Fall." One of the other artists they're referring to is First Aid Kit.

This feels especially bad because Speech was scheduled to go on at noon (first on the bill) at the sort-of-still-unannounced BrooklynVegan day party happening during CMJ at Pianos on Thursday, October 22nd. Oh well.

Speech, who just won the Mercury Prize, was also scheduled to play a CMJ show at Glasslands, one at Music Hall of Williamsburg, a day party at Cake Shop, and a show at Santos Party House. After CMJ she was going to be in LA. bummer.