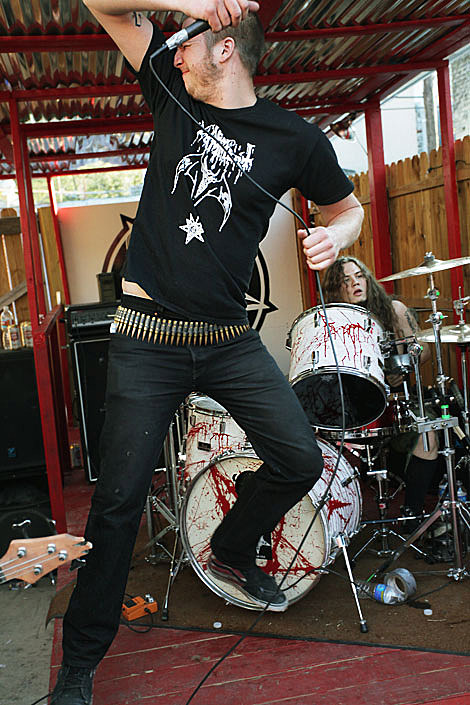 Speedwolf has nothing to do with a certain three-piece from the Bay-Area and their awesome LP that featured a song of the same title. But like High on Fire, Denver's Speedwolf worship the same amphetamine-fueled Motorhead riffs that influenced a generation of punks and metalheads, blending crusty-punk-rock with alcohol-drenched blackened mischief.

It's been close to two years since I came across the ripping Speedwolf demo and invited them to play a day party during SXSW 2010. Since that demo, Speedwolf has only focused their vision further, concentrating their songwriting to a fine knife point and eventually arriving at their latest LP due on 11/22 via Hell's Headbangers, Ride With Death.

Ride With Death rips with the urgency of any of the aforementioned, as well as fellow label breathren Midnight (who have a new album). And just like its title suggests, Ride With Death is the ideal soundtrack of the Reaper firing up his Harley with a half-finished bottle of Jack Daniels in hand. Speedwolf recently posted three songs for streaming at HHR, another at Crustcake, and are now streaming a fifth song,"Time To Annihilate", here for the first time. Stream all five songs and check out a campy video for one track below...