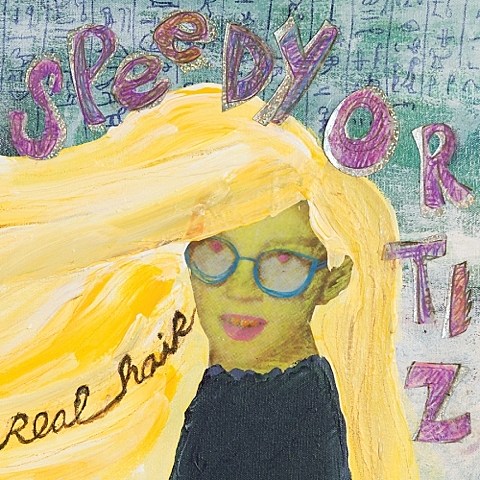 Speedy Ortiz released their great debut Major Arcana this past July, and they're no wasting no time following it with more material. The Real Hair EP will come out via Carpark on February 11, and they've just revealed its lead single, "Everything's Bigger," an excellent dose of indie rock that's up there with the best tracks on Major Arcana. The EP was recorded and mixed by Paul Q. Kolderie, whose credits include Pixies, Radiohead, Dinosaur Jr, Hole, and other bands that make him a good fit for the sound Speedy Ortiz goes for. You can stream the new song (via Pitchfork), along with with the EP's tracklist, below. That's the artwork above.

Speedy Ortiz also have a ton of upcoming tour dates, including NYC shows with The Breeders and Los Campesinos!, and west coast dates with Stephen Malkmus and the Jicks.