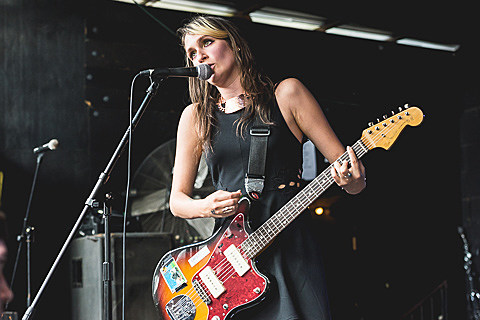 We've already heard two songs from the upcoming Speedy Ortiz album, Foil Deer (due 4/21 via Carpark), both of which expanded upon the sounds of their previous material but were more or less cut from the same cloth. But third single "Puffer," which just debuted over at Entertainment Weekly, is a murky, R&B-informed song that doesn't sound like anything they've done yet. Singer Sadie Dupuis said it's supposed to sound like Kelis. Turns out Speedy do this sound as well as they do rackety indie rock, as you can hear for yourself below.

Their tour with Mitski and Krill hits NYC on April 25 at Bowery Ballroom. Tickets are still available. Mitski will also be in the area this weekend opening for Screaming Females at NJ's Asbury Lanes on Saturday (4/4) (tickets).