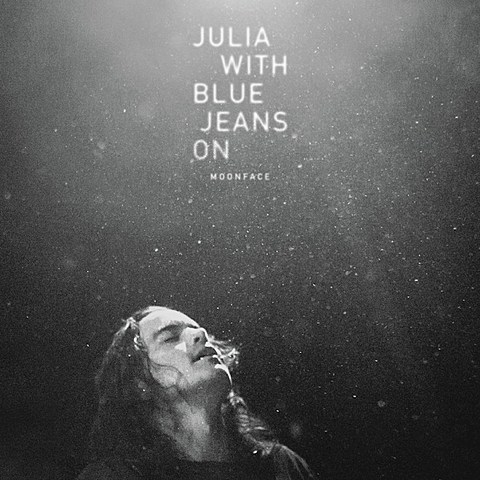 Back in the spring, Moonface, the solo moniker of Spencer Krug (of Wolf Parade and Sunset Rubdown), played some solo piano shows ahead of his upcoming solo piano album, which he's now announced. The album is called Julia With Blue Jeans On, and it will be out on October 29 via Jagjaguwar. It follows 2012's Heartbreaking Bravery which he recorded with a full backing band (Finland's Siinai), and 2011's Organ Music Not Vibraphone Like I'd Hoped which was primarily Spencer, his organ, and drum loops. That's the artwork above.

The first single from the new album, "Everyone Is Noah, Everyone Is the Ark," can be streamed, along with the tracklist, below...