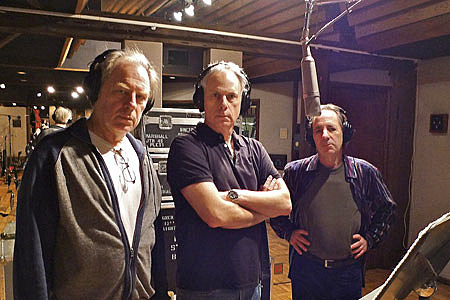 Christopher Guest had a one-season stint, 1984-85, as a cast member on NBC's Saturday Night Live. Recurring characters on SNL played by Guest include: Frankie, of Willie and Frankie (two co-workers who recount in detail physically painful situations in which they've found themselves); Herb Minkman, a shady novelty toymaker with a brother named Al (played by Billy Crystal); Rajeev Vindaloo, an eccentric foreign man in the same vein as Andy Kaufman's Latka character from Taxi; and Senor Cosa, a Spanish ventriloquist often seen on the recurring spoof of The Joe Franklin Show. He also experimented behind the camera with pre-filmed sketches, notably directing a documentary-style short starring Harry Shearer and Martin Short as synchronized swimmers. In another short film from SNL, Guest and Crystal appear as retired Negro-League baseball players, "The Rooster and the King."

He has also appeared as Count Rugen in The Princess Bride, Charley Ford in The Long Riders, Lord Cromer in Mrs Henderson Presents and Dr. Stone in A Few Good Men. He had a cameo role as Dylan, a smarmy pedestrian, in the 1986 remake of The Little Shop of Horrors. As a co-writer and director, Guest made the Hollywood satire The Big Picture.

Guest's biggest role of the first two decades of his career, however, is likely that of Nigel Tufnel in the 1984 "rockumentary" film This Is Spinal Tap. Amplifier manufacturers actually began to produce amps with knobs going up to 11 (rather than the traditional scale of 10), as a result of a popular scene where a benighted Tufnel proudly shows off such an amp, believing it to be louder. "This one goes to 11!" has become something of a mantra among musicians ever since. Guest made his first appearance as Tufnel on the 1978 sketch comedy program The TV Show, and appears as Tufnel most recently in a television ad for Volkswagen. [Wikipedia]

Christopher Guest, Michael McKean and Harry Shearer will be performing songs from Spinal Tap, Break Like The Wind, and A Mighty Wind on the UNWIGGED & UNPLUGGED TOUR this spring.

Tickets for the first of two NYC shows at the Beacon Theater go on "Internet presale" today, Thursday, at 10 AM. PASSWORD = UNWIGGED

The trio made two separate videos promoting the tour. Check them out below...