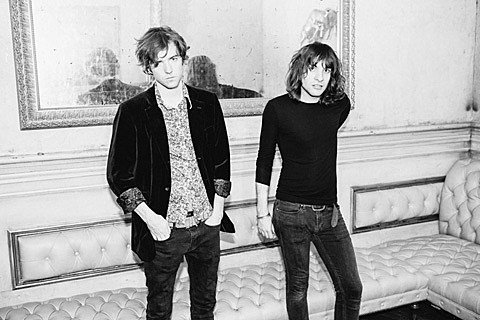 It's been nearly two years since Brooklyn band Spires released their debut single, "Candyflip." Since then there have been a few lineup changes (Matt Stevenson and Jack Collins have been constants), they toured with Temples, and played lots of other shows, but no new music...till now. A new EP is due out September 18 via 401K Music. Producing themselves this time, the band moves away from the more overt paisley psych tropes. Still a little hazy, this is just hooky guitar pop, not beholden to any particular decade. "Parallel Lines" from the EP makes its premiere in this post and you can listen below.