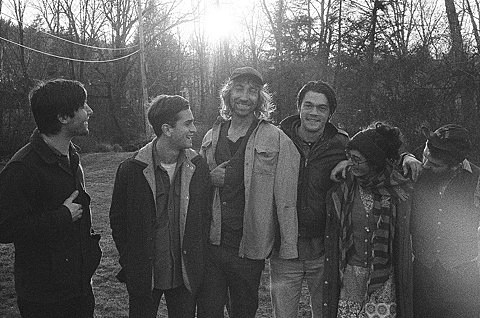 As you may remember, Brooklyn old time folk revivalists Spirit Family Reunion released their debut album over the summer and sounds more like something from the O Brother Where Art Thou soundtrack than something from their NYC borrough in 2012. You can stream the whole thing below. The band recently appeared on long-running NPR show Mountain Stage (taped in West Virginia) alongside Dr. Dog, the Mountain Goats, Nellie McKay, and Red Wanting Blue and that episode airs this week, check here for a station near you and look for the episode to go up on their archive next week.

Meanwhile, Spirit Family Reunion have a few live shows coming up, including New Year's Eve in NYC, playing Pianos with Christopher Paul Stelling. Tickets are $15 and include a champagne toast at midnight.

The band were also kind enough to send us their Top 10 LPs of 2012 and if you're expecting a bunch of Bill Monroe reissues on the list, you'd be wrong. Their list includes Ty Segall and Leonard Cohen who maybe they're going to see tonight at Madison Square Garden? Check out their full list below, along with a stream of their album and a list of all upcoming tour dates.