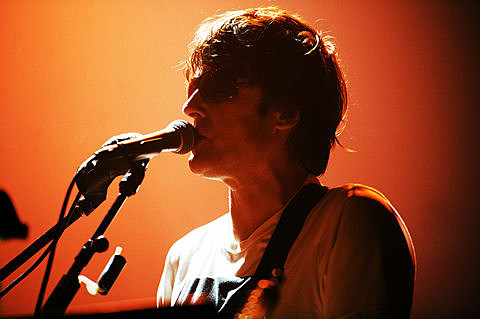 We thought this was an April Fools Day joke at first but apparently it's true. Spiritualized, whose West Coast tour (scheduled around Coachella) kicks off in Colorado on Thursday (4/4), have been practicing here in Brooklyn with new touring members Kid Millions (Oneida) and Brad Truax (currently in Interpol). They've decided to do a last-minute NYC show tonight (4/2) at Secret Project Robot! No advance tickets. Doors are at 8 PM, the show is at 9 PM and will be over by 11 PM. $10.