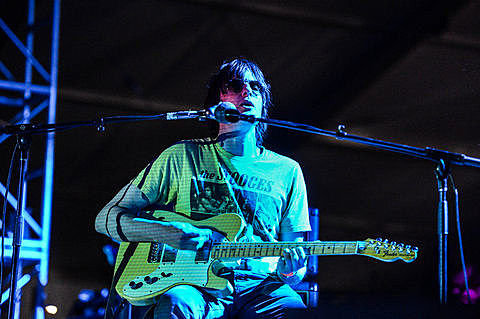 Long-running neo-psychedelia collective Spiritualized returned last year with Sweet Heart Sweet Light, their first album since 2008, and a very solid one at that. They've since been supporting it on a tour, which recently included a very tiny NYC show around the time they played Coachella. Now the band are set to make their way back to the area for a couple shows that will be much easier to get into.

First, they'll play Wallingford, CT's Oakdale Theatre on July 15 with The Flaming Lips. It's not the closest venue to NYC, but for a lineup like that, it might be worth the commute. Then, later this summer after playing Hopscotch Festival in Raleigh, NC, Spiritualized will play a show that's actually in NYC at Webster Hall on September 10. Tickets for the Webster Hall show go on AmEx presale today (6/5) at noon with a general on-sale beginning Friday (6/7) at noon. Tickets for the CT show are on sale now.

Spiritualized's currently-scheduled dates are a little scattered so it's possible that a full tour will be announced soon. All known dates are listed, along with a couple videos, below...