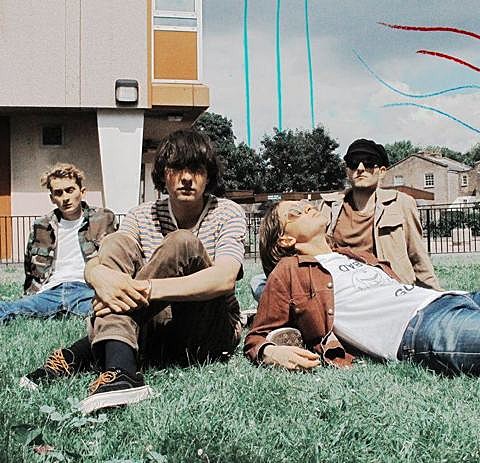 As mentioned before, UK band Splashh (that's two Hs) are currently on the road with Generationals and that tour hits NYC on Monday (4/22) at Bowery Ballroom. That show is sold out but if you'd like another chance at catching Splashh, we are pleased to report that the band are playing an early BrooklynVegan-presented show at Pianos the next night (4/23) with Carmen Villian and "Les Yeux." Splash are on at 7 PM and tickets are only $5. Stop by after work. Stop by after class, but do stop by.

Splash will release their debut album, Comfort, on June 4 via Kanine Records. The band have distinctly British influences despite a name (and song titles) that might lead you to believe they are UK's answer to Wavves. The album's first single is "Sun Kissed Bliss" and the title gives you a good indication of the bright, shoegazy vibes it's giving off. Check it out via MP3 above or streaming below. 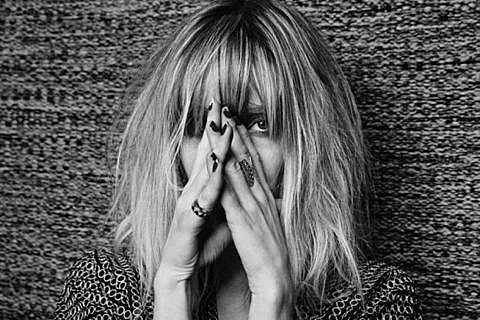 The rest of the night is definitely worth sticking around for. This will be Carmen Villain's first American show. She's half Norwegain and half Mexican, was actually born in the U.S. but now lives in London. (She's also graced the cover of Vogue but don't hold that against her.) Carmen's debut album, Sleeper, is out now on Smalltown Supersound and you can stream it via Spotify below. It was co-produced by Carmen and Serena-Maneesh's Emil Nikolaisen with additional production and sequencing by Prins Thomas. Which is to say it's guitar-heavy, dissonant and dreamy with some interesting production flourishes as well. You can check out the video for single, "Easy," below. It's her only North American date as of now.

And, as for "Les Yeux," as we hinted at previously, it's actually Oberhofer whose new EP, Notalgia, comes out the same day as our show. It's the third week of his April "Les Yeux" residency at Pianos, and the final instalment (4/30) is with LODRO and Cowboy Indian Bear.

We're pretty excited about this one. Did we mention it was just five bucks? Hope to see you there on Tuesday at 7 PM. Streams and videos below.