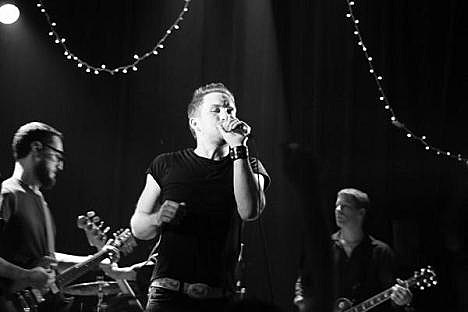 Split Lip is responsible for the Midwestern emo-core sound, together with bands like Endpoint, and a group they inspired, The Get Up Kids. After gaining acclaim in the small international hardcore community for their debut album, the band switched gears to more country-leaning pop rock... and changed the name of their band to Chamberlain, re-releasing their second album (Fate's Got A Driver) under the new moniker.

In late 1995, the band again returned to Detroit to record "Fate's Got A Driver" It was this record that set the gold-standard for emo-core. The intricate guitar work and soulful emotive lyrics laid the foundation for bands to come, such as The Get Up Kids. The summer of 95 saw the band hit the road again, this time with Ohio's Colossus of the Fall, and DC's Samuel. It was during this month-long outing that the decision came to change the name, and direction of the band. Moore and Rubenstein returned to the studio in late 1995 and re-recorded the vocals and re-mixed the album, and Chamberlain was born. -[Wiki]

It's not the first show they've played this year, but now Split Lip / Chamberlain have scheduled an NYC show at Bowery on 12/7, their only current US date. Tickets are on sale. Show flyer and some videos are below... 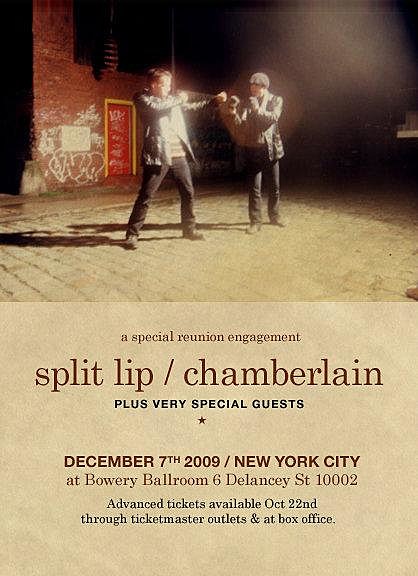