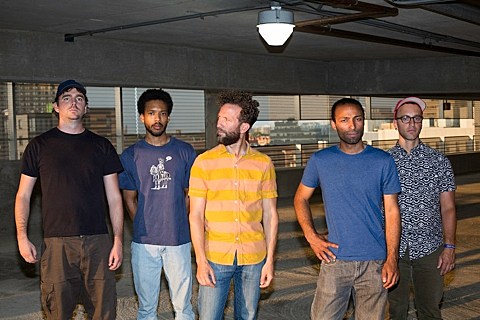 "Manifest Blasphemy," the first track off of Split Red's Serious Heft, starts with a piercing trill. That's inventive shredder Brandon Seabrook making a guest appearance. And the invite alone shows how little regard these Philadelphians have for tropes. A lot of punky noise rockers formed in this millennium are content to sway to neutered, hand-me-down rhythms, skipping the eclecticism of the original artists as if they never actually heard them. Those bands play like they're trying to stay within a stencil. Split Red's canvas, on the other hand, is wide open. They're more than willing to let Seabrook spit sparks over their lurch. The result is Beefheart-ian, perking up Split Red's punk with an unbridled, avant-garde antagonism. It's unexpected, like seeing a hungry coyote running through a block of track homes. Notice received: Split Red do what they want.

The Seabrook-less Split Red are certainly up to snuff. Guitarists Stephen Buono and Travis Woodson often sound like they're landing a jet, fully utilizing one of the finest production jobs by Serious Heft producer (and very busy musician) Colin Marston. They're also fluent in skronk and bend-y bouts of discomfort, suggesting an education supplied by Shorty/U.S. Maple or even Eddie Hazel. Bassist Matt Engle and drummer Ricardo Lagomasino (also of Deleted Scenes and Many Arms) outline killer grooves before seeing how far away they can travel from the original idea while still keeping time. Singer Nebadon Adams is like an electronic ground. He's the listener's surrogate, the thing you lock on to when weathering the storm. He's cool, controlled, just a touch detached; maybe affecting that style to better sneak in revolutionary lyrics of civil disobedience under your guard.

No tour dates announced at the moment, but you can catch Ricardo on the road with his band Deleted Scenes opening for The Life and Times (ex-Shiner). As discussed, that tour hits NYC on September 13 at Knitting Factory (tickets). 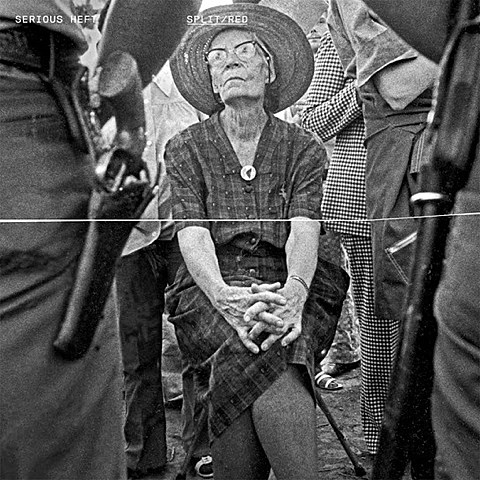